Over 250 People Have Died While Taking Selfies Because Natural Selection Is Very, Very Real 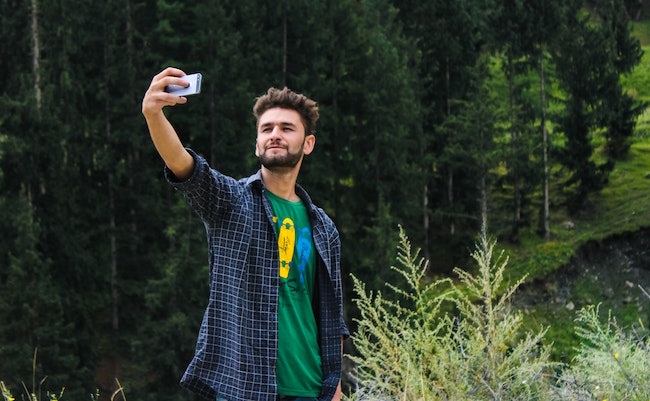 In 2010, Steve Jobs introduced the world to the frontward-facing camera and accidentally unleashed a plague upon the planet in the form of the selfie.

Prior to that point, you had a couple of options if you wanted to take a picture of yourself in some exotic locale to make your friends jealous.

You could either hand over your camera to a total stranger in the hope they wouldn’t sprint away as soon as you gave it to them or attempt to take a picture of yourself, which came with a 95% chance the resulting photo would make you look like you had three more chins than you actually do.

Apple’s innovative tech coincided with the onset of Instagram— a combination that helped usher in a new age of vanity that the world has yet to recover from.

Selfies really blew up around 2014 and became such a phenomenon that The Chainsmokers took full advantage of the zeitgeist by releasing a song inspired by the trend.

Remember that? I wish I didn’t.

However, that’s somehow not the darkest thing to come out of the Selfie Age.

According to the BBC, a new study has found 259 people have died since 2011 while trying to snap a picture of themselves and proved Charles Darwin was pretty spot on with the whole “natural selection” thing in the process.

The researchers behind the study combed through a vast number of news reports to reach their findings and discovered a few interesting statistics in the process:

“They found that selfie-related deaths are most common in India, Russia, the United States, and Pakistan and 72.5% of those reported are men…

The new study also showed that the number of deaths is on the rise.

I for one am shocked that Russia was near the top of the list based on the countless videos I’ve seen originating from the country that are designed to make your butthole tighten.

As my good friend JCamm so succinctly put it: At least they died doing what they loved.