A ‘400-Pound’ Rare Spotted Eagle Ray Leapt From The Water, Into A Boat, And Then Gave Birth 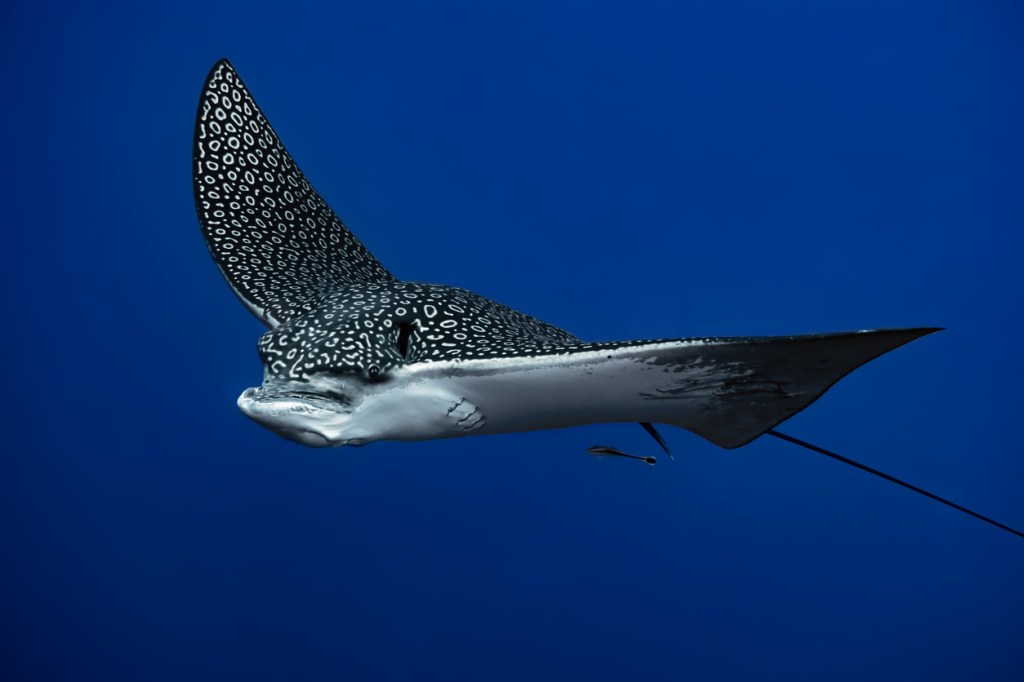 Offshore fishing trips often feel like mini expeditions because you never know what you’re going to find and see out there tens or hundreds of miles away from land. The last time I went offshore around here I encountered a massive pod of Spotted Dolphins I didn’t even know existed off Florida. My cousin recently ran into TWO whale sharks! It’s always an adventure offshore.

Similarly, this family that was competing in the 2022 Alabama Deep Sea Fishing Rodeo off Dauphin Island, Alabama never in a million years expected a majestic and rare Spotted Eagle Ray to jump into their boat. They weren’t fishing for stingrays. Nor would they have ever imagined that Spotted Eagle Ray would then proceed to give birth inside the boat after it leapt from the water and into their boat.

Unfortunately, the four baby Spotted Eagle Rays didn’t make it according to the Facebook post from April Jones that has since gone viral. They estimated this gorgeous creature weighed around 400 pounds.

Here are some photographs of the Spotted Eagle Ray after it leapt into the boat:

A 400-pound ray leaping from the water and into your boat is jarring enough. But then it proceeds to give live birth?! That must’ve felt like The Twilight Zone for the three people on that boat when the live birth started happening…

More on how this all went down and the aftermath of this rare encounter.

The four babies, unfortunately, did not survive. They did however donate the specimens to the nearby Dauphin Island Sea Lab so they could be studied and used in research.

Based on the pictures, I was skeptical that it weighed near 400 pounds and I still am. But the caption says the pictures don’t do it justice, which I believe. These rays can reach a maximum weight of 500+ pounds and a width of nearly 11 feet so they do get that big, this one just looks to me like it’s more in the 200-250 pound range based on how big it looks compared to other parts of the boat.

How rare are these Spotted Eagle Rays?

Because they are so rare in nature, it’s uncommon for them to find each other and be able to reproduce in the wild. Obviously they’re still out there making babies as this one produced 4 but since they aren’t targeted by the fishing industry, it’s reproduction that really holds them back as a species.