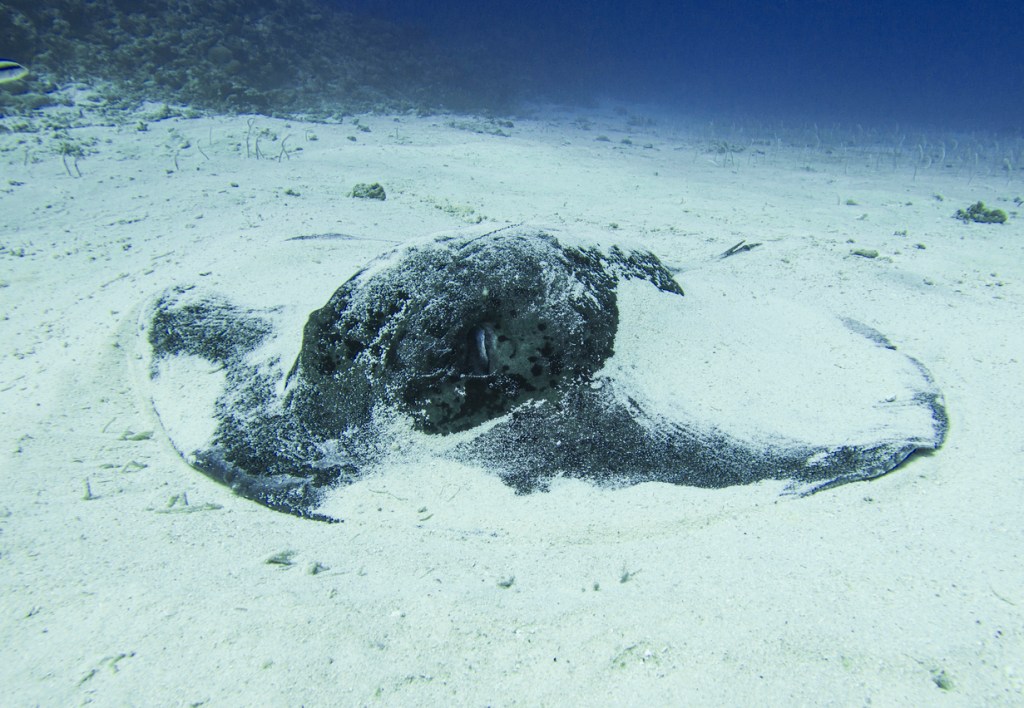 What’s wild about catching stingrays is just how large they are. A fish or animal can weigh 222 pounds and be very dense. But these rays are skinny, long, and wide. This one measured a whopping 7 feet, 4-1/8 inches long and side to side it’s wider than Michael Phelps at the start of a race when he’s winging his arms. It’s an absolute UNIT.

Bowfishing enthusiast Jeremy Gipe was out with Brossman Boys Bowfishing who are based in Delaware. They hold over 12 state and world bowfishing records according to their Instagram page and website. And there are some YouTube videos out there of other records (I’ve included one below).

But none of those previous records compare to this world record Butterfly Ray from the Delaware Bay. And while it pales in size to this recent 661-pound freshwater stingray caught, a new world record, this one is gargantuan:

This picture has the weight on the scale in the second photo if you click right on the slider:

According to an article in the Philly Voice, they spotted this record-setting Butterfly Ray swimming near the surface around 11:30 PM on June 30th. Jeremy Gipe then fired an arrow successfully but it wasn’t enough so they let a few more arrows fly.

They had no idea how big this world record Butterfly Ray really was.

At the time, they thought it was significantly smaller than it was. If you’ve never seen stingrays or manta rays on the surface they can be deceiving. Often times they are mistaken for sharks because people will see tiny portions of their fins poking up out of the water and to the untrained eye it can be mistaken as a shark.

But what you’re seeing is like an iceberg, just a fraction of the ray is exposed from the water as they swim near the surface. So there’s no real telling of how big it is even if you’re in a proper bowfishing boat with a tower.

After getting the other arrows in and bringing it to the boat they’d realized just how massive this new bowfishing world record Butterfly Ray was. Jeremy Gipe told Field & Stream “I actually felt nauseous, I couldn’t believe it when I realized how big it was.”

I’m not nearly as tapped into the world of bowfishing as I am regular fishing, but it seems like the Brossman Brothers are pretty legit. They’ve been featured on plenty of YouTube channels. And this video from 11 months ago shows them landing a world record bull nose stingray while on a bowfishing trip:

If you’ve got any fishing news tips that you’d like to send my way and/or stories to be featured here on BroBible, don’t hesitate to hit me up on Twitter at @casspa or by email which you can find if you search around this website!