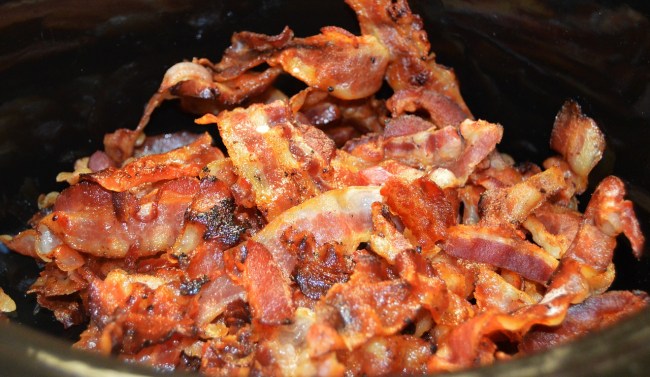 I’ve lived 30 years on this planet. I’ve loved. I’ve lost. I’ve witnessed first-hand the overwhelming beauty of the Sistine Chapel. Danced through Bourbon Street during Mardi Gras. Made my parents proud once or twice. Ok, just once.

Still, I have yet to experience an all-encompassing contentment that rivals sleeping soundly in my bed during a crisp fall morning and slowly coming to the realization that someone below is preparing bacon. Relishing in that extra 20 minutes of sleep that is infused with the sizzling sounds of bacon hitting the skillet and an aroma that affirms a higher power exists is life’s simplest and purest joys.

And the mere fact that you clicked on this article indicates that I am not alone.

Well, my bacon-loving internet friend, do I have a proposition for you.

Aric Almirola, driver of the No. 10 Smithfield Ford Mustang for Stewart-Haas Racing, could be your ticket to everlasting bacon fulfillment courtesy of the folks at Smithfield.

If the man nicknamed The Cuban Missile places first at Talladega Superspeedway on October 13th, he and Smithfield will give 10 lucky grand prize winners 100,000 slices of Smithfield bacon each, amounting to 6,250 packages per person.

Smithfield is giving away 1 MILLION SLICES OF BACON! On October 13th, if @aric_almirola, Driver of the No. 10 Smithfield Ford Mustang, wins at @talladegasupers, ten lucky winners will be bringing home the 🥓- enter today! Sweepstakes ends on race day.

To enter, fans can visit http://www.RacinForBaconGiveaway.com now through October 13, 2019.

The last thing I want to do is jinx the Cuban Missile by celebrating before the finish line, but I couldn’t help but go ahead and detail all of the wonderful things one (me) could do with 100,000 slices of mouth-watering Smithfield bacon.

#Repost @foodnetwork with @get_repost ・・・ Bring your bacon to the next level with sweet and spicy flavors!

6,250 packages of bacon amounts to one package a week for 120 years. That means I will have to live to 150 to experience this luxury to the fullest.

But, before you rip the excess bacon from my casket, they say happiness is the key to a long life, so I could very well be crushing bacon strips with my dentures in between yelling at youths to get off my lawn.

Full disclosure: I shed a single tear at the thought of giving away God’s gift to humanity, but can you imagine how legendary you’d become if you willingly gave away your Smithfield bacon fortune to the masses?

Schools would be named after you. Statues built in your honor. Federal holidays would be granted. You would never have to buy a beer in any bar in America.

By the time you passed on, you would be more myth than man. And from my view, that sounds like a life well lived.

Your traditional bacon and eggs and bacon, egg and cheese sandwiches have always been my go-to bacon staples. But, with 100,000 slices, I’d be more inclined to venture into unknown territory. A few culinary escapades I would consider include, but are not limited to, the following:

Ok, I gotta stop before I drool down my chin in public.

4.) Deepen The Bond With Your One True Love

My dog. I’m talking about my dog. 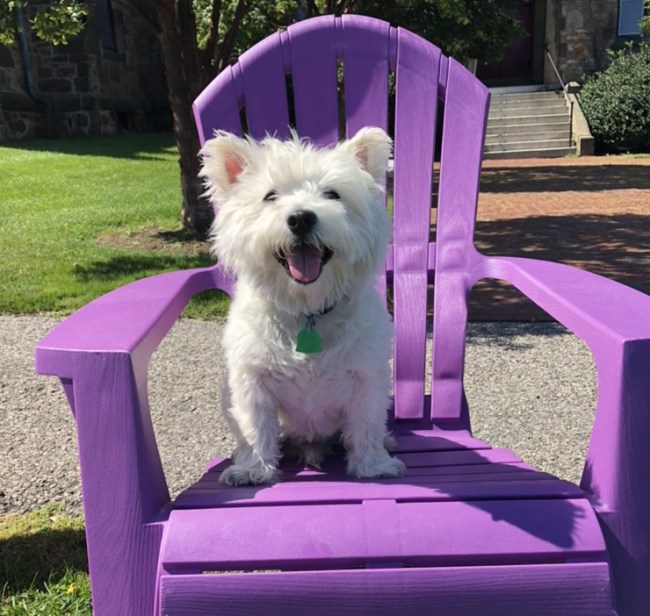 I swear every time Byron smells bacon cooking he clings to me like I did to Stephanie Summers at my eighth grade semi-formal. The only difference being that Byron doesn’t hide in the bathroom stall when Stairway to Heaven comes on.

Anywaayyy, being able to ration some bacon into dog treats for my little guy would not only bring him unbridled joy, but it could also serve as a gesture of gratitude to him for consoling me when Stephanie Summers said she wasn’t “interested.”

Anything outside of eating the bacon is a step in the wrong direction, but constructing a bacon throne weather-proofed by a maple-glazed lacker would make even the most unconfident man feel 10 feet tall. Another advantage to the bacon throne is that you will never have to light another candle in your home for as long as you live.

Aric Almirola, sir, I’ve already convinced myself that you’ll pull through at Talladega and I’ll be one of the 10 winners chosen to make all my dreams come true. No pressure. My future just depends on you.

Don’t forget to visit http://www.RacinForBaconGiveaway.com now through October 13, 2019 to join me! 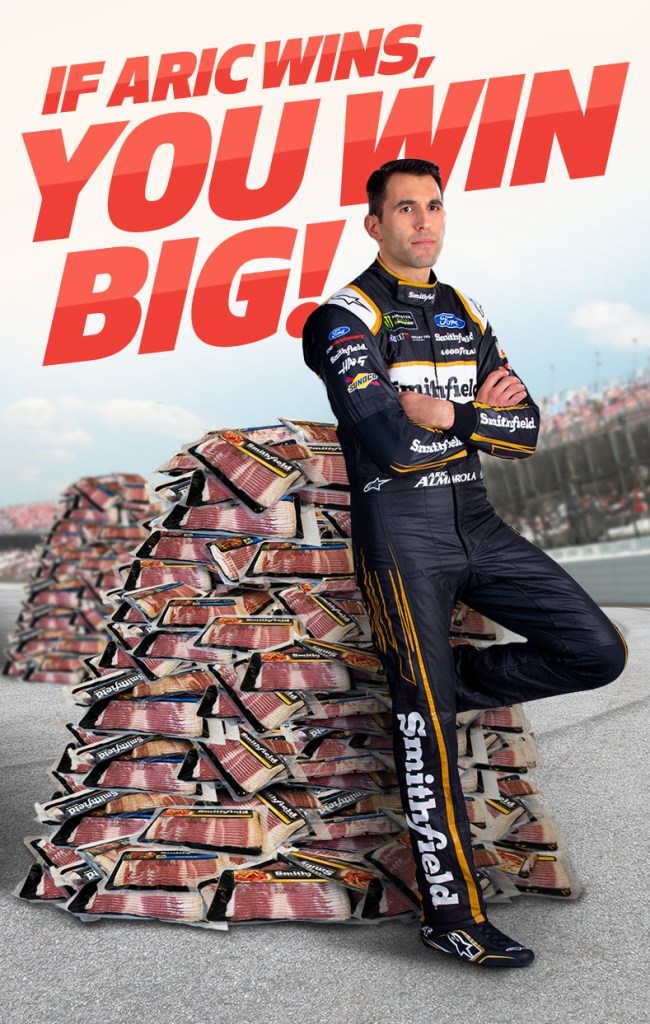