Americans Ranked The 50 Greatest Christmas Movies Of All Time, And I Am Very Disappointed In Everyone 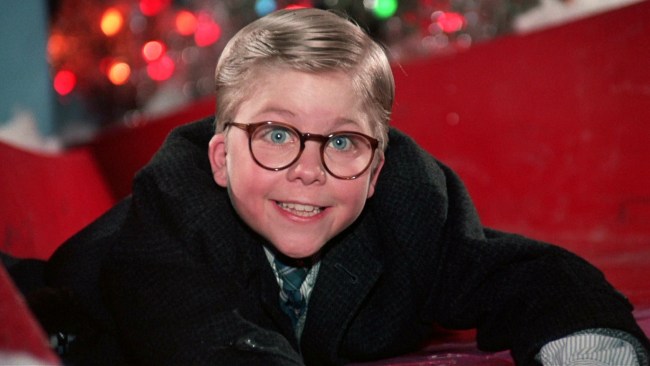 A Christmas Story, the 1983 movie – based on author Jean Shepherd’s work – follows young Ralphie Parker’s Christmas mission to get a Red Ryder BB gun, is officially the best holiday movie of all time, according to new research that I don’t agree with at all.

The survey of 2,000 Americans found A Charlie Brown Christmas securing the runner-up spot with its heartwarming story of Chuck directing the Christmas pageant and tending to his pitiful little tree.

Following in third place was the iconic It’s a Wonderful Life. The 1946 classic starred Jimmy Stewart as George Bailey, a man who thinks the world would be better off without him … until he meets his guardian angel, Clarence.

Stewart actually made it into the top 10 list twice with The Shop Around the Corner sneaking in at number nine.

The survey, conducted by OnePoll on behalf of Tubi, examined Americans’ most beloved Christmas films and jolly pop culture moments and broke down the most memorable moments in Christmas movie history.

The children stepping in to decorate the Christmas tree for Charlie Brown warms hearts every year, so it’s no surprise that came in at the top of the list.

A Christmas Story snagged several other spots on the lists with Ralphie’s father winning “a major award” … a leg lamp, and was third on the best on-screen Santas list, even though Santa kicks Ralphie down the slide.

Tim Allen as The Santa Clause jingled his way into the number one slot with Edmund Gwenn as Kris Kringle in Miracle on 34th Street in second.

Over half of respondents had a specific movie that will kick their holiday spirit into high gear. Those special movies clearly call for repeat viewing since the average person has seen their favorite Christmas movie 10 times.

The films have the power to bring people together. Fifty-two percent have made it an annual tradition to watch a certain Christmas movie.

Respondents even have the annual Christmas watch party down to the same date. Christmas Eve is a popular night to watch their holiday classic, for the 61 percent who have a movie tradition.

Fifty-four percent can’t wait that long and have their Christmas movie gathering right after Thanksgiving.

To really make the screening extra jolly, there a few must-haves to make the movie-watching experience complete like Christmas cookies (66 percent), hot cocoa (54 percent) and gift-wrapping during the movie (51 percent).

“Movies like A Christmas Story and It’s a Wonderful Life bring audiences back year after year because of their heartwarming story-telling,” added the spokesperson for Tubi. “Part of the fun of the holiday season is embracing the food, family and films.”

TOP 20 ICONIC CHRISTMAS MOVIE MOMENTS
1. Kids decorate the Christmas tree for Charlie Brown (A Charlie Brown Christmas)
2. The leg lamp, “It’s fra-gee-le!” (A Christmas Story)
3. “You’ll shoot your eye out!” (A Christmas Story)
4. Schwartz gets his tongue stuck to the flagpole (A Christmas Story)
5. Dancing during rehearsal (A Charlie Brown Christmas)
6. Cindy Lou Who sings “Where Are You Christmas?” (How the Grinch Stole Christmas)
7. “When Christmas Comes to Town” (The Polar Express)
8. “Merry Christmas, ya filthy animals!” (Home Alone)
9. “You’re a mean one, Mister Grinch” (How the Grinch Stole Christmas)
10. George Bailey running home and wishing everyone a Merry Christmas (It’s a Wonderful Life)
11. Rudolph leads the reindeer (Rudolph the Red-Nosed Reindeer)
12. “I’ll be Home for Christmas” (Meet Me in St. Louis)
13. Jamie Lee Curtis fights for the ham (Christmas With the Kranks)
14. Buddy experiences New York City for the first time (Elf)
15. George and Mary fall in the pool at the dance (It’s a Wonderful Life)
16. Santa fight in the warehouse (Jingle All the Way)
17. “I’m sorry I jammed 11 cookies into the VCR” (Elf)
18. Ryan Reynolds gets hit in the face with a hockey puck (Just Friends)
19. Fireworks set the house on fire (Deck the Halls)
20. “Yippee-cay-ay” (Die Hard)