Common Over The Counter Pain Reliever Might Prevent Hurt Feelings 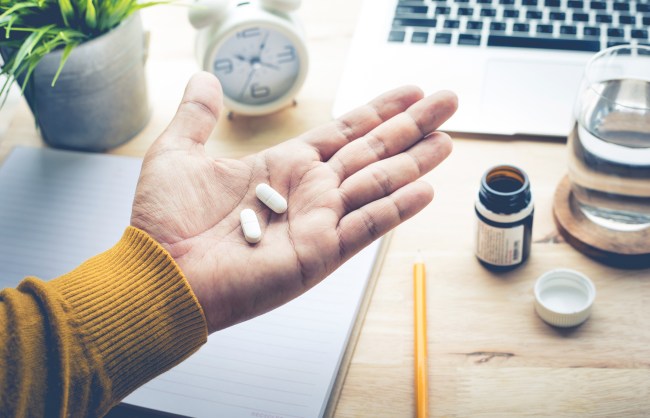 There is never a shortage of research suggesting that the whole of humanity might find therapeutic benefits in the craziest places. Everything from farts in a jar to the consumption of urine has been said to fight off those beastly terrors that mingle among us unseen and try to make us sick. Hell, there was even a time when cocaine was prescribed by doctors in the United States because it was thought to be a miracle drug for conditions ranging from toothaches to depression. And, as bat shit as it sounds, had it not been for white politicians’ fear that coke would give the black population superhuman strength and make them unstoppable – even against bullets — we’d probably still be doing it legally to this day. Considering the hellish climate of the times, we sure could use some right now. As far as the farts and piss, perhaps not so much. But then again, don’t go telling America that their bodily functions might stop the rona dead in its tracks. The U.S. population would definitely go down in infamy as a bunch of butt sniffers.

And we don’t need the added embarrassment.

The latest research might not be as strange as using flatulence to promote immunity from the plague, but it is pretty freaking weird. It suggests that the common over-the-counter pain reliever known as acetaminophen can help humans deal with being all emotionally jacked up by rejection and loss. Seriously, scientists at the UCLA Laboratory for Stress Assessment and Research say this pain reliever seems to tame the bad feelings we suffer after crushing life events such as a failed relationship or getting canned. To that end, the drug most of us have used as a hangover remedy at one time or another might even have the ability to keep us from seeking revenge.

To come to this conclusion, researchers gathered a small study group (around 40 people) and put them on a daily regimen of 1000mg of acetaminophen. Some were given a placebo. The study participants were then asked to think about somebody who wronged them recently when completing a daily questionnaire designed to assess their social pain. For example, a participant may have had to think back to when he caught his girl with some other dude in the bathroom stall at Hooters. Or maybe some reminisced about the days when they were flogged regularly with a tube sock full of soap and then shoved inside a stinky gym locker. Researchers found the people taking the pain reliever “exhibited an 18.5% reduction in social pain” than those on the placebo.

But here’s where the study will make you say, “what-the-fuck-ever.” You see, the rub here is that in order for the medicine to work, the person taking it must have a willingness to forgive. It’s also not so much that the acetaminophen contains magical healing powers that can numb the emotional hurt a man might experience when he starts thinking about his ex getting boned by another guy. It’s more about its ability to reduce those gut-wrenching feelings over time. But doesn’t time help us get over all of those awful moments anyway? Sure it does. In fact, it’s where we get the old adage, “time heals all wounds.” This little sliver of wisdom tells us everything we need to know about the heartache and loss we are going to experience in life. It’s basically saying, “Look man, that really sucks about your girl getting her some strange while you were busy devouring a plate of wings. But you’ll get over her eventually.” Anyone who has lived at all understands that all it takes is time to conquer the pain. The love lost today might make you want to go off half-cocked and do some dumb shit, but it isn’t going to hurt as bad (probably not even at all) on down the line. In fact, the more distance a man can put between himself and the horrific circumstances that left him curled up in the fetal position, the better he’s going to feel. Day by day, a guy just acclimates to the crap he was dealt and moves on. It just doesn’t seem likely that knocking back high doses of acetaminophen is going to speed up the process.

But then again, I’m no doctor.

I also firmly believe that there’s no way in hell a fart is going to cure as many people as it’ll make sick. And I don’t care how much less likely I am to get cancer if I chug a big glass of piss, I’m not fucking doing it. However, some of you might. The toilet paper hoarders, fans a country-rap and anyone who makes those stupid-ass heart shapes with their hands – they will be the ones who buy into this pill-popping lunacy. Just know that the amount of acetaminophen used in the study far exceeds the recommended dosage, which can lead to all sorts of health problems, including liver damage. And from what I can tell, none of you boozehounds need any help with that!

Listen, most sane people don’t put faith in junk science. And this sounds about as trashed-up as it gets. Even the researchers behind it admit that they are going to have to do more noodling before they can prove this pain reliever is effective at reducing emotional strain. Until then, you’re just going to have to deal with your problems the old fashioned way. The way your father did. Bury them deep down inside, crack open a bottle and drink on it. Trust me, you’ll come around.