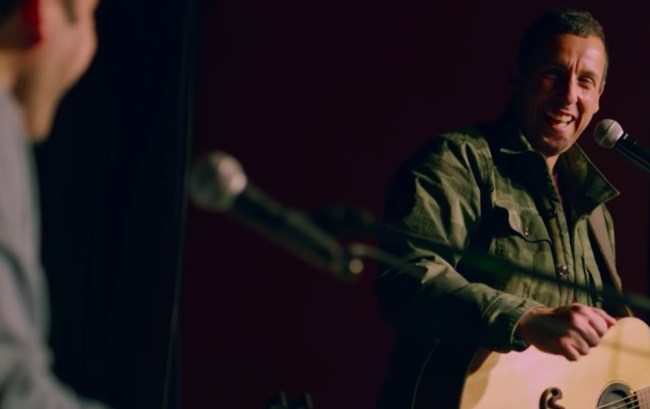 Over the past decade, Adam Sandler has perfected the art of convincing studios to give him money so he can go on exotic vacations with his friends while shooting crappy movies that still manage to rake in the dough.

Sandler might be a shell of his former self as far as his comedy is concerned but he gets a pass for the many cinematic crimes he’s committed in recent years based entirely on the things he brought into the world before he stopped giving a shit.

It’s kind of like when Michael Jordan decided to join the Wizards— it might have tarnished his legacy a bit but he’ll still go down in history as an absolute legend.

Sandler will probably be best remembered for Happy Gilmore and Billy Madison but those movies wouldn’t have come to fruition if it wasn’t for his time on Saturday Night Live, where he repeatedly stole the spotlight thanks in no small part to his musical prowess.

Let’s take a moment to look at some of his greatest hits.

There was “Lunch Lady Land”…

And, of course, Opera Man.

Sandler might not be the force he once was, but if the trailer for his new Netflix special is to be believed, he might soon be giving us the best Halloween treats we could ever ask for.

On Tuesday, the streaming platform dropped a trailer for 100% Fresh, where it appears Sandler is going back to his roots by bringing his guitar out of storage and treating the world to a few new songs.

Based on his recent track record, I know I shouldn’t get my hopes up, but I’d be lying if I said I wasn’t absolutely amped to see what he’s cooked up after being away from the game for so long.

Please don’t let me down, Adam.