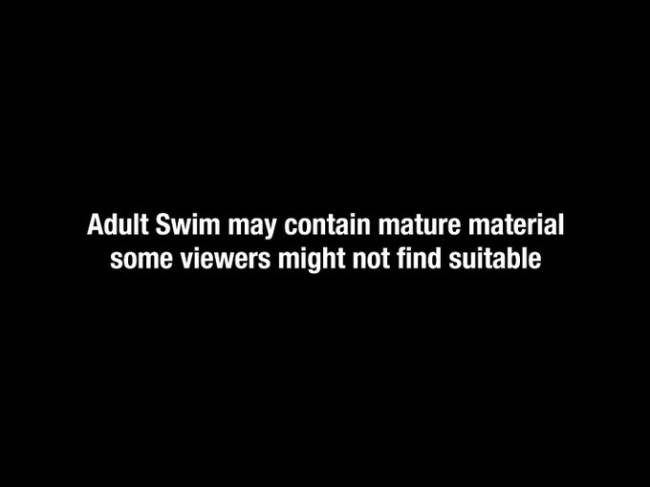 If they weren’t usually so aggressively rude, there’s actually a tiny part of me that would feel sorry for the Karens of the world. After all, it’s not solely their fault that they’re so out-of-touch with the rest of the world? Ever heard of nature vs. nurture? The Karen’s of the world likely had a positive influence from neither.

Take this latest Karen, for example, who apparently wasn’t aware of Adult Swim’s decades-long reputation when she tweeted a complaint about one of their videos.

“They throw it in your face,” the clueless Karen wrote on Twitter. “They hope you aren’t the kind of parents who monitor what your kids watch and do. What do you see here? I see witches abusing babies. This is not ok.”

Well, being that they’re, you know, ADULT SWIM, the famed late-night network obviously did not hesitate in taking the opportunity to respond to all Karens across the country:

A fan sent this in, apparently Adult Swim aired this content warning right before Family Guy aired last night, in response to their recent Twitter trend.

These guys are the best, lol pic.twitter.com/bAHaWez2L3

This sort of attitude from Karen is actually quite sadder than you think, as it shows how little has changed in this country during my lifetime. I remember, back in the late 90s (which essentially feels like another lifetime at this point), parents across the country were utterly outraged by the existence of Eminem, Marilyn Manson, and South Park — 90s Karens’ brains were absolutely fried, prompting Slim Shady to rap the following on “The Way I Am”L

When you don’t give a f***, when you won’t just put up
With the bulls*** they pull, ’cause they full of shit too
When a dude’s gettin’ bullied and shoots up his school
And they blame it on Marilyn (On Marilyn) and the heroin
Where were the parents at? And look where it’s at!

God forbid that parents, you know, actually parent they’re children. Don’t want your children watching the apparently demonic Adult Swim content? Guess what, Karen? Parental controls on televisions have been around as long as I have – do a little research.