An AI Created Songs For Deceased Artists Like Kurt Cobain And Amy Winehouse, And It’s Spooky As Hell 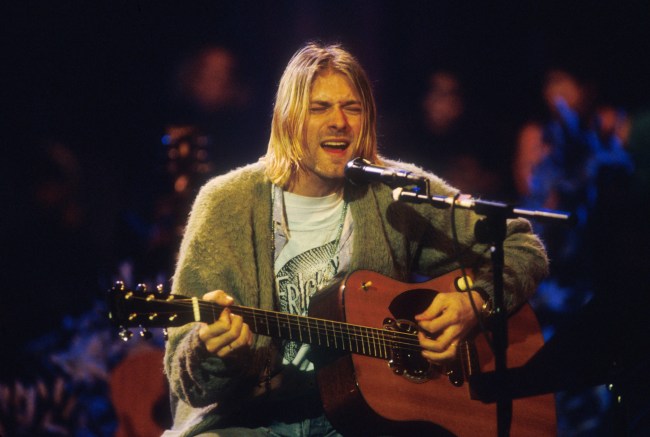 Have you ever thought, man, if only we had a new Tupac album to look forward to this summer, my days wouldn’t be quite so hard to get through? Ever wonder which new Avicii track would have been this year’s “song of the summer?” The sad truth of the music industry is that too many  artists pass away before the world can see the full scope of their talent. Think of how many more hits Jimi Hendrix would have made had he lived past 27. Amy Winehouse, Mac Miller, Jim Morrison… the list seems endless.

Now, thanks to AI, we may have the closest thing yet to hearing our favorite deceased artists’ “new” music:

The Lost Tapes of the 27 Club project aims to highlight the massive cultural loss stemming from the premature deaths of iconic artists due to these and other mental health-related tragedies.

To do this, Over The Bridge and its partners employed Google’s Magenta program, an AI algorithm system that simulates “new” songs by analyzing artists’ past work. As explained in a recent Rolling Stone profile, “after examining each artist’s note choices, rhythmic quirks, and preferences for harmony in the MIDI file, the computer creates new music that the staff could pore over to pick the best moments.” One such result, “Drowned in the Sun,” was developed to simulate a new track from Nirvana’s Kurt Cobain, and is pretty damn haunting in its accuracy.

Here is the AI’s best take on a new Kurt Cobain song:

I mean, that sounds spot on to me. Not a huge Kurt Cobain aficionado but to my untrained ears, that was pretty damn close to the real thing. Very spooky. A bit like that hologram of Robert Kardashian that Kanye put together for Kim’s bday:

Here is the AI’s best take on an Amy Winehouse song:

That one is even more accurate. The article mentions that certain artists are easier to emulate than others, which makes sense. Try as I might, I sound absolutely nothing like Gucci Mane when I rap along to Met Gala on my rowing machine. But give me some Bruce Springsteen I’m On Fire at karaoke, and you’d close your eyes and think the boss himself were singing.

Ethically, we’re getting a bit close to questionable territory. Let the dead rest. The most important part of the grieving process is healing and closure, right? Black Mirror had a terrific, albeit troubling, take on this in the episode “Be Right Back.” Pretty soon, those of us who experience the loss of a loved one might be able to recreate a spot-on AI version of them, which means we’d never really have to move on. And then where’s the line? Your girlfriend dumps you but wait! Joke’s on her, because you just purchased her robot-created doppelganger. Haha shame on her for thinking she could ever cut herself out of your life.

Anyway. Sound off in the comments if you have no problem listening to the latest hit from a musician who has been gone for over a decade.