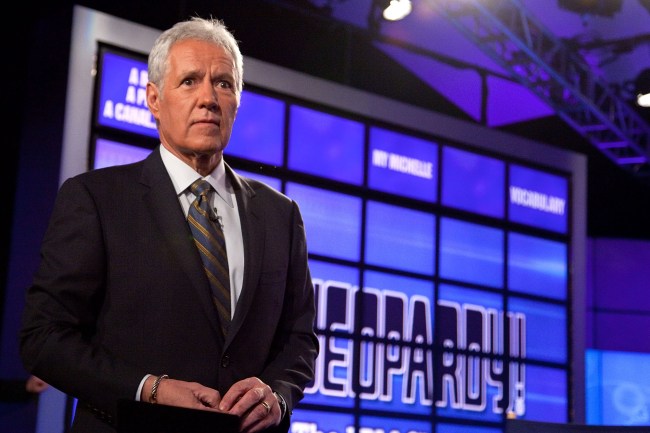 Nine days ago, Alex Trebek passed away at the age of 80, and the loss of the iconic Jeopardy! host is still being felt. Ryan Reynolds reminisced about the final conversation he had with Trebek, and how the heartbreaking death has affected him since. Reynolds gave an interview with Extra on Monday, where the Deadpool actor remembered the fellow Canadian, who battled Stage 4 pancreatic cancer.

“It forces you to look around a little bit and see the people and the faces that are in our lives every day and really remember not to taking them for granted,” Reynolds said of Trebek’s passing, as reported by Fox News. “I was talking to Alex on the phone two months ago, and that was amazing then, just like that, he was gone.”

Trebek had contacted Reynolds to appear on “one of the shows he had coming up,” according to the actor who said he had already appeared on the TV show “a number of times.” Reynolds said that he was unable to make an appearance because he was “shooting in Atlanta” at the time. “When you speak with people like that – that you grew up watching and suddenly you are talking to them on the phone – you start to reflect,” Reynolds added.

Reynolds said that Trebek’s death impacted him deeply, reminding him that, “You just never know; tomorrow is not a given.”

“Hug them tight, the people in your life. It was really shocking and sad,” Reynolds said. “Obviously, he was sick and it wasn’t totally, wildly unexpected. It’s still heartbreaking nonetheless. It’s absolutely gut-wrenching.”

Immediately following the news of the painful death of Alex Trebek, Reynolds shared his grief on social media.

“Alex Trebek was kind enough to film a cameo for our film Free Guy last year despite his battle. He was gracious and funny,” Reynold tweeted on November 8. “In addition to being curious, stalwart, generous, reassuring and of course, Canadian. We love you, Alex. And always will.”

Alex Trebek was kind enough to film a cameo for our film Free Guy last year despite his battle. He was gracious and funny. In addition to being curious, stalwart, generous, reassuring and of course, Canadian. We love you, Alex. And always will.

Days after Trebek’s death, his wife Jean Trebek thanked fans for all of the support they had sent.

“My family and I sincerely thank you all for your compassionate messages and generosity,” Jean wrote in an Instagram post with a photo of her 1990 wedding photo with Alex. “Your expressions have truly touched our hearts. Thank you so very, very much… Many Blessings to all, Jean Trebek”