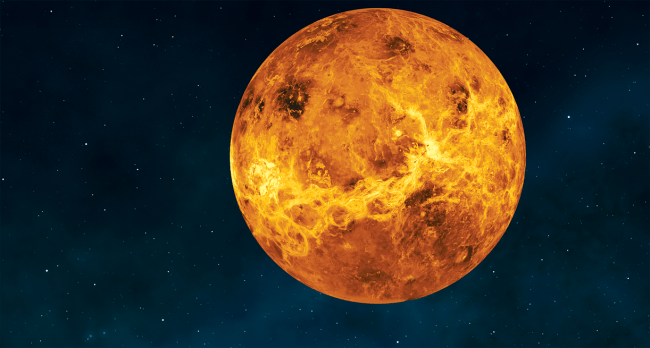 Back in 2020, research conducted by the Royal Astronomical Society discovered the presence of phosphine in the atmosphere of Venus.

This was important because the scientists believed that the only explanation for the chemical’s presence was that something was alive on the planet.

“This could be the first observation we’ve made which reveals an alien biosphere and, what do you know, it’s on the closest planet to home in the entire cosmos,” David Grinspoon of the Planetary Science Institute in Tucson said about the discovery.

Unfortunately, shortly after the discovery, the research team that made it backtracked a little bit after learning that part of their data may have included a processing error.

However, a new study conducted by research scientists at the Massachusetts Institute of Technology (MIT) has revived the theory that alien life could exist on Venus.

In addition to the processing error, the initial study was cast into doubt by the fact that droplets of sulphuric acid in the clouds of Venus would make it very difficult, if not impossible for any lifeform to exist.

This new study by MIT resolves that issue as the scientists now believe that the presence of ammonia could make life a possibility in the clouds of Venus by neutralizing the sulphuric acid.

“This research provides a transformative hypothesis for the chemistry of the atmospheric cloud layers of Venus while reconciling decades-long atmosphere anomalies,” the scientists state in the report.

“Our model predicts that the clouds are not entirely made of sulphuric acid, but are partially composed of ammonium salt slurries, which may be the result of biological production of ammonia in cloud droplets.

“As a result, the clouds are no more acidic than some extreme terrestrial environments that harbor life. Life could be making its own environment on Venus. The model’s predictions for the abundance of gases in Venus’ atmosphere match observation better than any previous model, and are readily testable.”

According to co-author of the report, MIT planetary sciences professor Sara Seager, there are acidic environments on Earth where life exists, however, “it’s nothing like the environment on Venus ­— unless life is neutralizing some of those droplets.”

Now, the only things currently standing in the way of going to Venus to confirm this and other theories about Venus is how to visit a planet with an atmospheric pressure 92 times that of Earth with a mean temperature of 867°F.