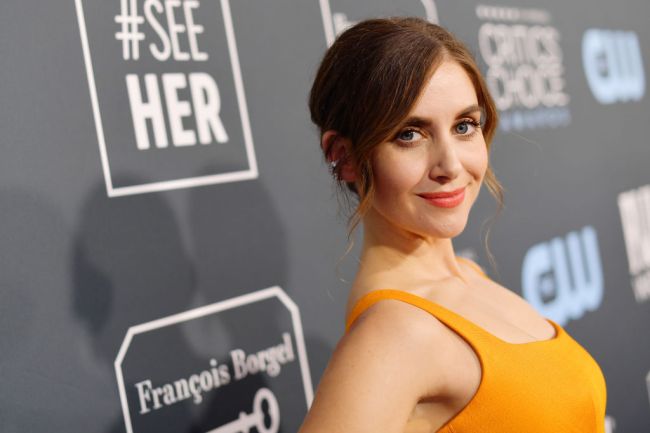 You’re in trouble when nature calls and you’re stuck in a complicated wardrobe for a TV show. That’s something actress Alison Brie experienced firsthand while filming Mad Men, which really dampened her spirits and her drawers.

Brie appeared on Justin Long’s Life is Short podcast on Tuesday, where she spilled the beans about spilling pee during an acting performance.

From 2007 until 2015, Brie played Trudy Campbell on Mad Men that is based in the 1960’s. During her first season on the AMC series, she was wearing a girdle, but also wore panties underneath.

“I didn’t know for the first season that you weren’t supposed to wear underwear under them because they are underwear,” Brie explained. “But I was just trying to respect the wardrobe and that feels gross.”

Brie said the decades-old girdle was like “biker shorts that go all the way up to your ribs,” but have a “small hole” in them for going potty. Nature called just before she was about to film a scene, so she ran to the bathroom.

“I tried to pull the hole open, but I didn’t pull my underwear to the side so I’m peeing and not hearing it hit the bowl and then I just feel warmth,” the golden girl said. “It was full pee.”

The pissy actress emptied about “half” her bladder before realizing that she was literally pissing herself.

“I just dabbed it with a bunch of toilet paper,” the acting whiz said. “Because they’re waiting on me! I’m not allowed to be that person here… I’m a recurring guest star, I don’t want to lose my job.”

Previously, Brie shared the pee story during an appearance on Late Night with Seth Meyers.