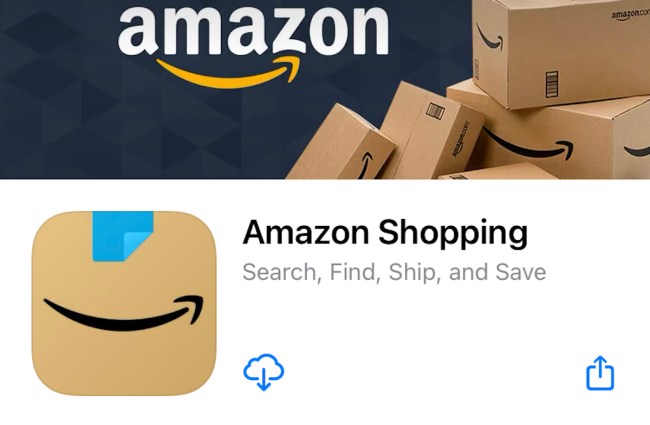 Amazon quietly changed the logo on smartphones this week after the original version looked a little bit too much like Adolph Hitler.

Here are the before and after shots of the Amazon shopping app.

Amazon launched the new “Hitler” icon in January, replacing the longtime image of a shopping cart, to feature a brown box with a jagged piece of blue tape above the company’s smile-shaped arrow.

lmao I completely missed that amazon quietly tweaked its new icon to make it look… less like hitler pic.twitter.com/Jh8UC8Yg3u

People allegedly took issue with the original logo and Amazon made the changes at some point over the last few days.

The company changed the fringed blue tape to a solid shape with the corner folded over, just in case anyone thought the box looked like a mustache too.

According to The Verge, Amazon made the changes to the icon following “customer feedback.”

An Amazon spokesperson commented that “Amazon is always exploring new ways to delight our customers. We designed the new icon to spark anticipation, excitement, and joy when customers start their shopping journey on their phone, just as they do when they see our boxes on their door step.”

The internet had mixed reactions about the original logo and the new variation.

Well, I mean, to see hitler's moustache in a ripped scotch one must really think of hitler all the time, 'cause I still don't see al that resemblence… The internet is too exagerated in everything.

Yet Charlie Chaplain made that mustache famous and wore it first so again his claim still stands that you really have to be thinking of Hitler to see Hitler.

And here we go again…

i know the new amazon app icon is supposed to represent their packages but every time i see it i just see Aang from Avatar smiling at me lololol pic.twitter.com/kIPwneHr2p