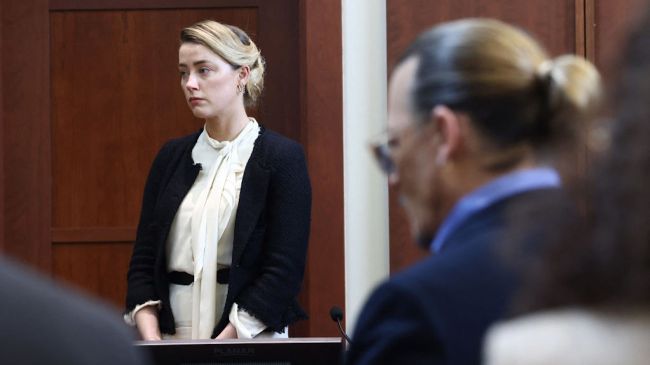 During an extensive sit down interview with NBC’s Savannah Guthrie that aired on Dateline on Friday night, 36-year-old actress Amber Heard said that she is “terrified” ex-husband Johnny Depp will sue her again.

Earlier this month, Heard lost a highly-publicized lawsuit to Depp, with the court ruling in her ex-husband’s favor and ordering her to pay $15 million in damages.

Speaking to Guthrie for her first sit-down interview following the trial loss, Heard — who “absolutely” cannot afford to pay the millions of dollars in damages, according to her lawyer — said that she’s “terrified” Depp will launch a second defamation lawsuit.

Amber Heard is “terrified” that Johnny Depp will sue her again for defamation, the actress told Savannah Guthrie on NBC’s Dateline Friday night.

“I guess that’s what a defamation lawsuit is meant to do,” she said in her first interview since she lost her high-profile case against her ex-husband. “It’s meant to take your voice.” [Entertainment Weekly via Dateline]

The weeks following Heard’s trial loss to Depp certainly haven’t been easy on the actress, who has been scrutinized from all angles in the media. Last week, one of the jurors in the trial anonymously spoke out, saying that Heard made the jury “uncomfortable” and that they believed she was the “aggressor” who was shedding “crocodile tears.”