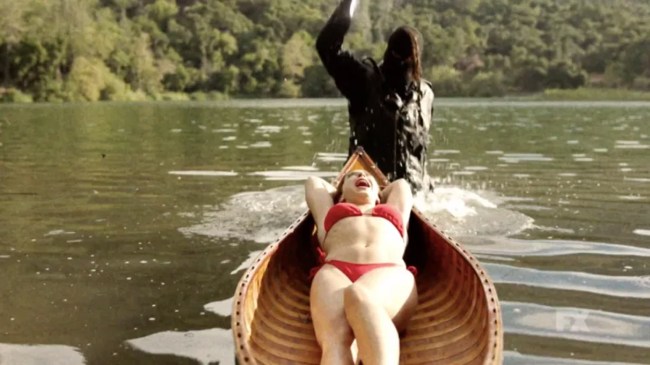 After all, the years 1978 to 1984 are generally viewed as the Golden Age of slasher films having produced movies like Halloween, Friday the 13th, My Bloody Valentine, A Nightmare on Elm Street, Child’s Play, Prom Night, The Amityville Horror, Psycho II, and the classic Silent Night, Deadly Night.

This latest season of Ryan Murphy’s American Horror Story appears to lean very hard into the Golden Age as one teaser sees some teens (camp counselors?) heading to Camp Redwood, bringing back memories of Jason Voorhees and Camp Crystal Lake.

You have to love how they completely ignore the ominous “BEWARE” sign, just as any good 80s teen in a slasher movie would, of course.

The second teaser asks viewers to guess which of the nine teens will survive with “a killer on the loose.”