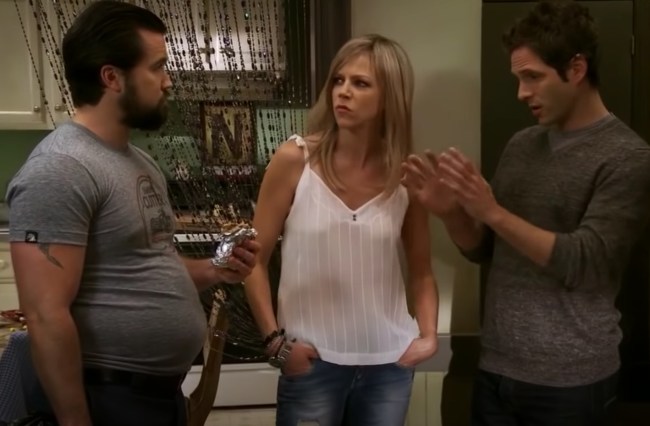 The holiday weight gain is real for so many reasons I won’t even begin scratching the surface there. You already know what’s up. Holidays bring decadent meals, back-to-back-to-back celebrations, lots of drinking, and this year brings stress levels a lot of people have never experienced before.

But instead of just letting us eat our feelings someone somewhere decided they had to quantify just how fat Americans are willing to get these holidays. The study from Herbalife suggests that nearly half of Americans are actively planning to gain weight during the holidays and not just a pound, they found that 43% of Americans expect to gain 7 pounds between now and the end of the year. Seven pounds.

That’s no insignificant amount AND it’s a full pound more than when they first ran the study 2 years ago. Here’s a quick rundown on what the study uncovered:

And with that mindset, 43% of Americans are planning to break their diet and expect to gain 7 pounds by the time the holidays are over. That’s 1 pound more than Americans expected when Herbalife released its first holiday weight gain survey in 2018.

Due to the global coronavirus pandemic and other stressors, 61% of Herbalife’s respondents indicated they believe they “deserve to indulge” this year.

When it comes down to which unhealthy habits Americans are partaking in, 45% of the survey’s respondents said they’ve eaten so much they have had to loosen their pants while 43% said they have gone back for second servings for meals or desserts in a single day.

Another 35% admitted to having eaten more than three meals in a day while 30% have eaten until they felt unwell and 25% have eaten an extra-large midnight snack. To a lesser degree, 12% admitted they have hidden their favorite holiday foods or treats to save for later. (via Fox News)

One portion of the study I found interesting is how Americans stack up to the rest of the world on healthy decisions this year. The pandemic has hit America harder than any country in the world and based on the study, Americans have responded very differently than the global population with regards to healthy eating decisions:

According to the survey, Americans overwhelmingly believe they deserve more holiday treats (61% vs. 49% global response) or are making unhealthy decisions (53% vs. 44%) because of how difficult this year has been. Similarly, Americans are adopting transformative health resolutions for 2021 at a higher rate (62% vs. 39%).

Compared to the rest of the world, 59% of Herbalife’s global respondents said sheltering in place helped them make healthier decisions on average. (via Fox News)

I don’t think I can take another 7-pound weight gain. That would put me close to 15 pounds heavier than where I was at this point last year when I was still going to the gym 6 days a week. Seven pounds more on my frame would not be ideal for my knees. I’m still able to lace up the shoes and go for a 5+ mile run without too much preparation. I’ve got that going for me right now. But I fear that seven more pounds might be the straw that breaks the camel’s back.

I need y’all to send some positive thoughts and Ts&Ps my way these holidays. I could stop the weight gain by cutting out whiskey and wine but why would I ever want to do that?

If you want to read more about this study you can head on over to this article on Fox News.