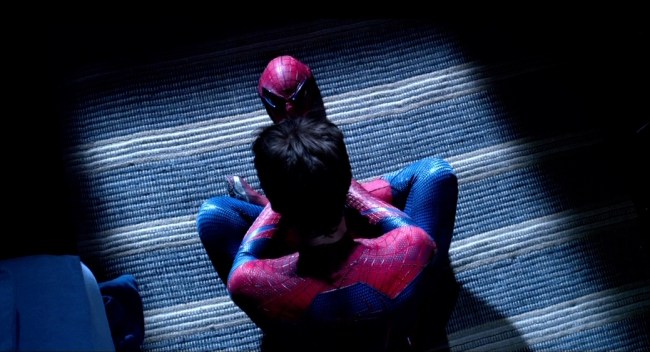 Editor’s Note: This article will contain spoilers for Spider-Man: No Way Home

Now that it’s been almost a month since Spider-Man: No Way Home has hit theaters, Marvel Studios and Sony Pictures are finally pulling the curtain back on the project with a range of in-depth interviews with the creatives behind the project, including Andrew Garfield, who recently spoke to Variety about his return to the iconic web-slinging role.

Garfield discussed a ton of topics, including what sold him on returning to the project — such as catching Zendaya’s MJ, for example — what it was like playing Spidey again, and if he’ll ever return to the role (I think he will given the uproarious response to his performance in No Way Home and, of course, #money).

Plus, Garfield truly seems to be diving back into his A-list career, as he’s looking like he’s going to score his second Academy Award nomination for his work as Jonathan Larson in Netflix’s Tick, Tick… Boom!. As for his future Spider-Man career, the stage seems to already be set: Sony is clearly trying to flesh out the Sinister Six without the help of Marvel Studios — Venom, Morbius, Kraven, etc. — so simply reintegrating Garfield’s version of the character into that universe instead of taking Tom Holland’s iteration out of the highly-profitable MCU just makes far more sense on a base level.

Andrew Garfield on why he agreed to take part in Spider-Man: No Way Home

“It sounded incredibly fun, incredibly spiritual — trippy and thematically interesting. On a base level, as a Spider-Man fan, just the idea of seeing three Spider-Men in the same frame was enough.”

“The pitch was really, really enticing. They said, ‘You played this character in your way and what would you want to explore if you had an opportunity? If you were dumped into this other universe and faced with this younger you and this older you, how will you respond?'”

“I will say the image of my catching [Zendaya’s] MJ — that was really beautiful and it kind of sold me on the whole thing.”

“Yes, definitely open to something if it felt right. Peter and Spider-Man, those characters are all about service, to the greater good and the many. He’s a working-class boy from Queens that knows struggle and loss and is deeply empathetic. I would try to borrow Peter Parker’s ethical framework in that, if there was an opportunity to step back in and tell more of that story, I would have to feel very sure and certain in myself.”