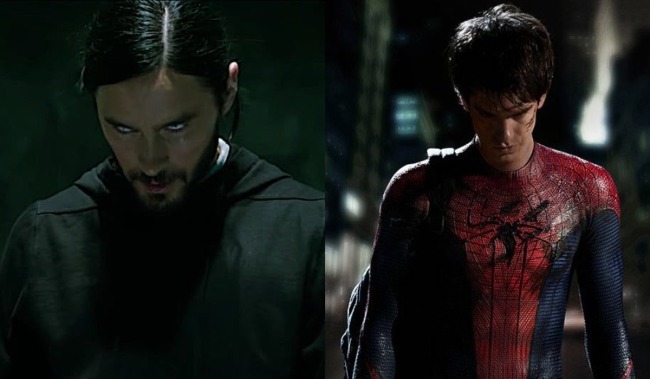 Okay, so, I make fun of Jared Leto more than the average person. Certainly more than any one person should. I’ve literally been carrying out a one-man campaign against the guy for half a decade now for no other reason than I admire a good bit. Recurring jokes are the funniest part of Arrested Development and attempting to wage mental warfare with an Academy Award-winning actor is mine. Let me have it.

Nevertheless, despite my (real or manufactured for effect) feelings about Jared Leto, he is, indeed, about to star in a film called Morbius, which finds itself right in the wheelhouse of things I cover here at BroBible, and that’s mainstream pop culture.

Morbius is part of Sony’s Universe of Marvel Characters — I just call it the Venom-verse because I’m not an idiot and that was obviously the most translatable way to market this franchise but I digress — which means that he can and likely will cross paths with Tom Hardy’s Venom and one of the Spider-Mans one day. But the question of WHICH Spider-Man universe Morbius inhabits has been up for debate ever since the first trailer for the film was released, as it has hints and nods to all four Spider-Man universes to exist this far: Tom Holland’s, Andrew Garfield’s, and Tobey Maguire’s… AND Tom Hardy’s universe.

In the trailers, we see Morbius literally say “I am Venom”, Michael Keaton’s MCU Vulture, Sam Raimi’s Spidey painted on a wall, the Oscorp logo from The Amazing Spider-Man movies, and references to Rhino and Black Cat in The Daily Bugle (who were both characters in the Garfield franchise — Paul Giamatti’s Rhino and Felicity Jones’ Felicia Hardy). It is an absolute tornado in terms of multiversal tomfoolery. 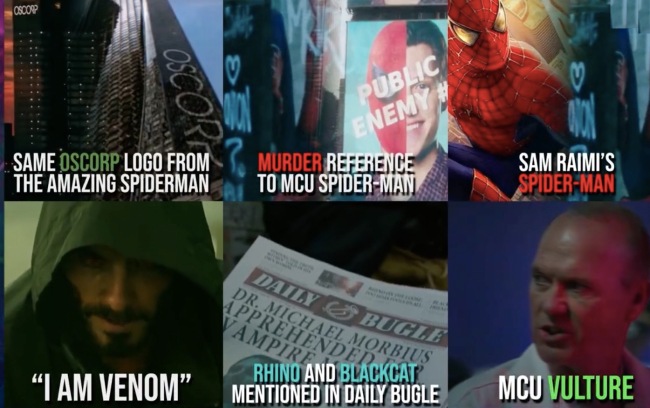 Now, while many have fans posited that the “murderer” could be a reference to the events of Far From Home and No Way Home — which saw Holland’s Peter Parker deal with the fallout of Mysterio framing him for murder — this alternative take suggests that it’s a reference to Andrew Garfield’s, who would, admittedly, be far easier to integrate into Sony’s Venom-verse than Holland’s MCU Spidey.

“Think back to the Andrew Garfield we met in Spider-Man: No Way Home. He isn’t the mature beacon that Tobey Maguire was positioned as. By design, he’s still dealing with his inability to have saved Gwen Stacy (in The Amazing Spider-Man 2), and he talks to Tom Holland’s Peter Parker about how he tried to be the friendly neighborhood Spider-Man that Gwen would have wanted him to be. But he confesses that he did slip into a darker period, and for a while, he stopped pulling his punches. Did he murder an opponent in his rage? “[via CinemaBlend]

With fans calling for the return of Andrew Garfield’s Spider-Man anyway, it wouldn’t surprise me if Sony looks to capitalize on that momentum in an effort to have him at the center of their newly burgeoning franchise, which will also add Aaron Taylor-Johnson’s Kraven the Hunter in the coming years.

Morbius is set to hit theaters in the United States on January 28, 2022.