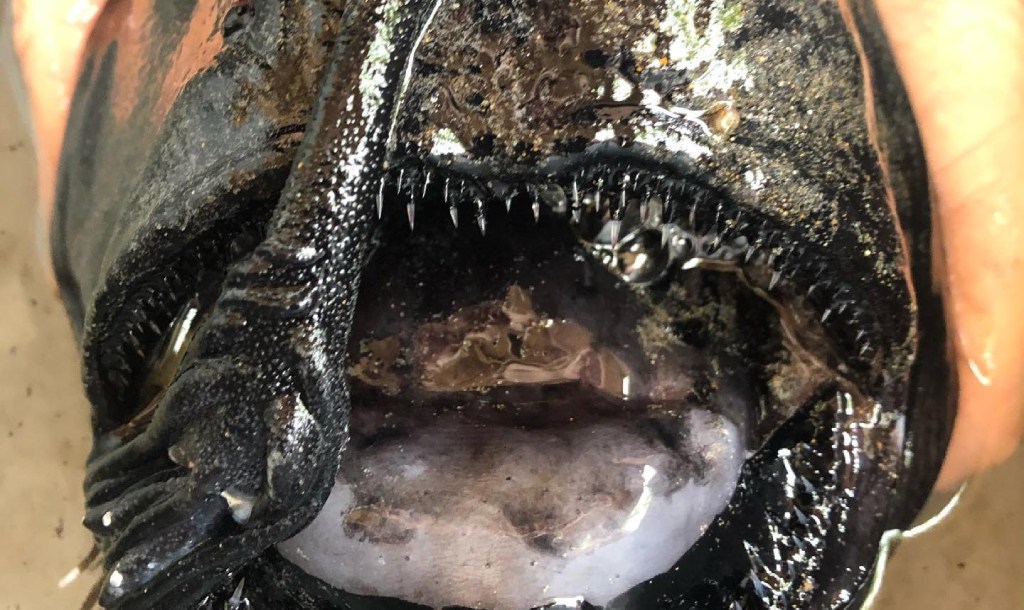 A terrifying angler fish washed up on the shores of Crystal Cove State Park in California and shocked beachgoers. There are over 200 angler fish species across the world but they are rarely seen.

This species is called the Pacific Footballfish and it lives at normal depths of 2,000 to 3,300 feet. Many scientists will go their entire careers without ever seeing one of these fish they’re so rare.

Angler Fish are named for the ways they hunt. As you can see in the photograph of this fish, it has what looks like a leather sex whip dangling from its head. The fish twitches that to mimic small and helpless prey so it can easily snipe a fish that comes close. 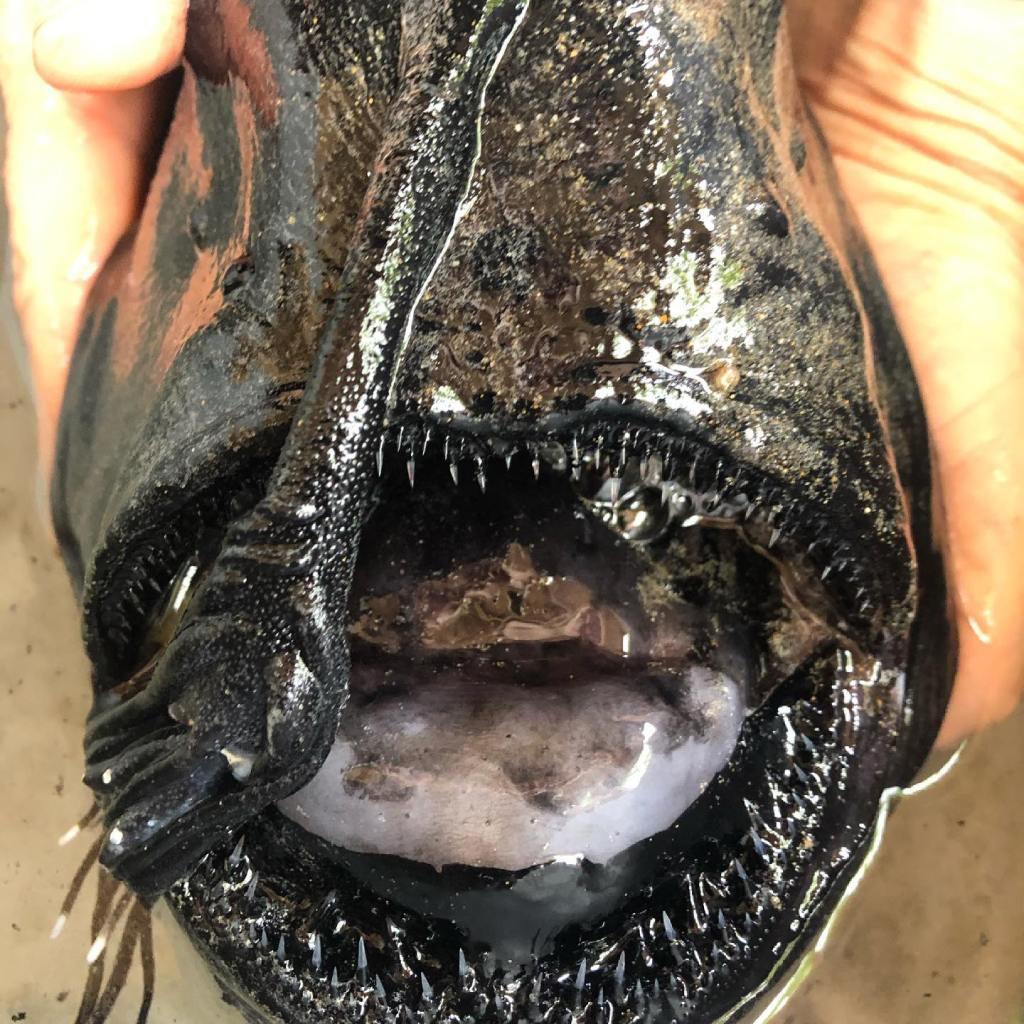 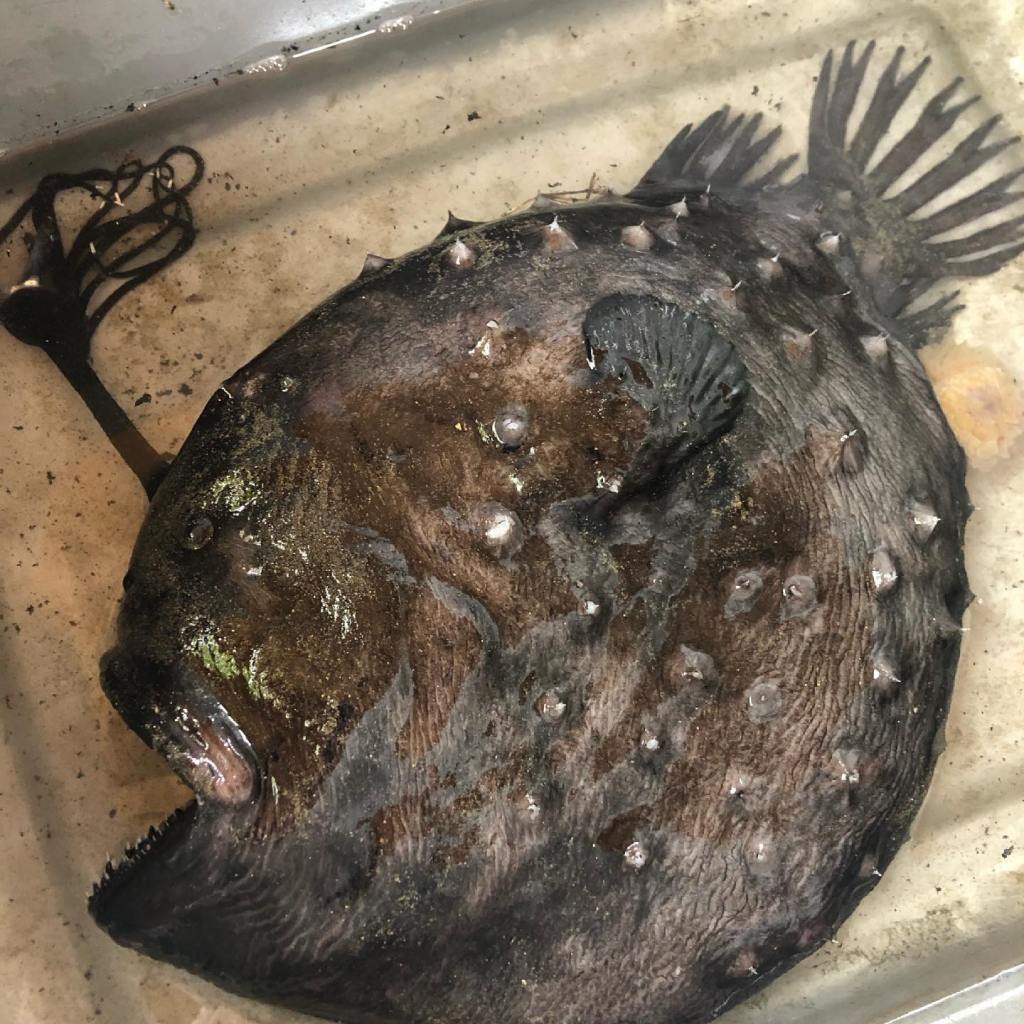 This angler fish looks like a small child tried to draw his nightmares using crayons and charcoal. Razor-sharp teeth framing the enormous mouth can easily be seen in the images. The thing that looks like a sex whip is truly bizarre. And there are what appear to be pimples with spikes. Nothing about this is normal.

Crystal Cove State Park is located in Newport Beach. This fish washed up there last Friday and the story went viral after the state park shared photographs on Facebook.

Pacific Footballfish females are considerably larger than the males. They can grow up to 24 inches and only the females possess the iconic ‘long stalk’ on their heads.

A Facebook post from Crystal Cove State Park stated the male Pacific Football fish only exist to mate with the females. The males latch onto the females using their teeth and become “sexual parasites”. Then the male’s body withers away until all that’s left is the testes.

These angler fish already sounded weird enough before that last part. They might as well be aliens.