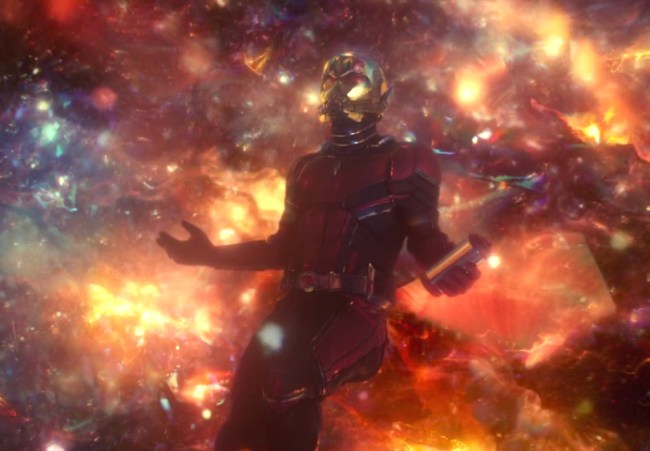 Remember the Marvel Cinematic Universe? It’s been a while, I know. Spider-Man: Far From Home, which came out last July, was the last entry into the world’s most successful franchise, meaning the 13-month gap between that and the MCU’s next film, Black Widow, is the largest space between MCU films since the nearly-two-year gap between The Incredible Hulk and Iron Man 2.

While the MCU may be on hold (for now) on-screen, it’s certainly not the case off the screen as tons of Marvel projects are currently in the works, ranging from next year’s Eternals and Shang-Chi to future Disney+ series such as Moon Knight and Ms. Marvel.

Of those future projects is Ant-Man 3, which — barring some incredible explosion of success — will likely be the final film in the franchise (after all, even Iron Man and Captain America got three solo movies — Thor is the first character to be given a fourth, and that’s likely because the first two were awful).

In a recent interview on SiriusXM’s The Jess Cagle Show, Ant-Man director teased the upcoming third installment, promising that this would be the biggest movie in the franchise yet:

“We are working away through the pandemic,” Reed said. “There’s some really really really exciting things in store, none of which of course I could speak to you about right now, as is the Marvel way… I think the third Ant-Man movie is going to be a much bigger, more sprawling movie than the first two. It’s going to have a very different visual template.” [via Collider]

While this is the sort of comment that can usually be chalked up to being a stock answer (well, of course, they’re going to hype up their next movie as bigger and better than the last), in the case of Ant-Man, it actually rings true.

The last time we saw Scott Lang was in Avengers: Endgame, when he essentially saved mankind from oblivion thanks to his access to the quantum realm. Sure, Ant-Man will always remain an inherently comical character, but now that he’s the de-facto godfather of a game-changing plot element — the quantum realm and therefore time travel — his standing in the Marvel Cinematic Universe is far more pivotal than ever before. Not only that, but Ant-Man is only going to appear in so many more MCU films, meaning each passing movie simply has to have bigger stakes than the last as Lang reaches the end of his arc.