This Is What It’s Like To Direct Anthony Hopkins When He’s In The Zone, According To The Creator Of ‘Westworld’ 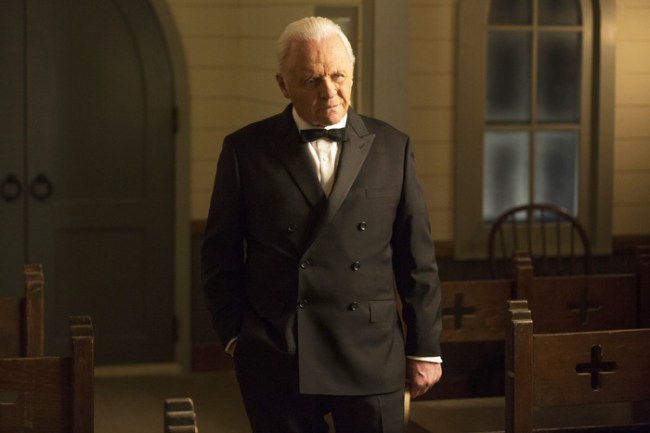 Even before his second and historic Academy Award win earlier this year — at 83-years-old, he became the oldest actor to take home the Oscar for Best Actor thanks to his breathtaking performance in The Father — Anthony Hopkins was already considered to not only be one of the greatest actors of his generation but of all time.

Still, despite Hopkins’ brilliance, he remains just an actor: someone somewhere must write his lines for him. And when it came to his titanic performance in the first season of Westworld, that person was writer, producer, director, and co-creator Lisa Joy.

Speaking to Joy ahead of the release of her new film Reminiscence, we asked the multi-talented first-time feature film director what it feels like writing for and directing a cinema icon like Hopkins, particularly when it came to the climactic final episode of season one. Unsurprisingly, Joy described the experience as an incomparable one for a creative like herself.

“When you have actors like Jeffrey Wright and Tony Hopkins, it’s kind of like somebody hands you a Ferrari and an open road and is like ‘Do whatever you want,'” Joy told us.

“And you know you can go as fast as you want, you can go wherever you want because they will unearth these new levels and layers to the performance and make it magical. It’s incredible writing for actors like them because they inspire you to be a better writer, to dig deeper, because you know that they’ll always keep digging themselves. “

What's it like writing for the legendary Anthony Hopkins? Like driving Ferrari on the Autobahn, says 'Westworld' creator Lisa Joy🏎️

Make sure to check out our full interview with Lisa over on the Post-Credit Podcast and her new movie Reminiscence when it hits theaters and HBO Max on Friday, August 20.