Anthony Mackie On Working For Marvel (Jokingly, We Think?): ‘They Own My A**’ 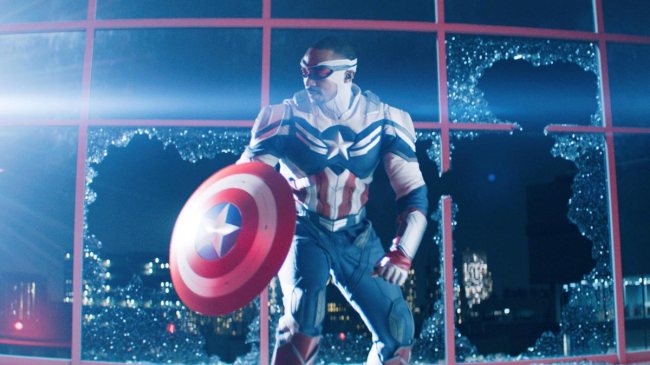 Somewhat quietly, Anthony Mackie has become one of the longest-tenured actors in the Marvel Cinematic Universe, as he first made his debut as Sam Wilson eight years ago in 2014’s Captain America: The Winter Soldier.

And ever since that first film, Mackie’s profile and standing in both Hollywood and the MCU have only grown, as he’s now at the stage where he’s set to headline the recently-announced fourth Captain America film, Captain America: New World Order.

During a recent interview with Variety, Mackie was discussing his new role as Captain America and was asked if he would be appearing in the Suicide Squad-esque Thunderbolts film, particularly since it will feature both Sebastian Stan’s Bucky Barnes and Wyatt Russell’s John Walker, who he starred alongside in the Disney+ series The Falcon and the Winter Soldier.

Given that there’s no audio of the interview, it’s hard to tell for certain what Mackie’s tone was, but the 44-year-old actor jokingly responded by saying he has no idea what movies he’ll be in because Marvel, who “owns his ass”, don’t call until “a week before shooting.”

“I have no idea [if he’ll be in Thunderbolts]. You know how it works. They [Marvel Studios] call you the week before and are like, ‘We own your ass. Come get in the movie.’

At this time, Thunderbolts — which will be a Phase 5 film and also stars Florence Pugh as Yelena Belova, Olga Kurylenko as Antonia Dreykov/Taskmaster, David Harbour as Alexei Shostakov/Red Guardian, Hannah John-Kamen as Ava Starr/Ghost, and Julia Louis-Dreyfus as Contessa Valentina Allegra de Fontaine — is scheduled to hit theaters on July 26, 2024.

RELATED: Ryan Reynolds And Hugh Jackman ‘Explain’ Wolverine’s Return In ‘Deadpool 3’ And Why It Won’t Lessen The Ending Of ‘Logan’