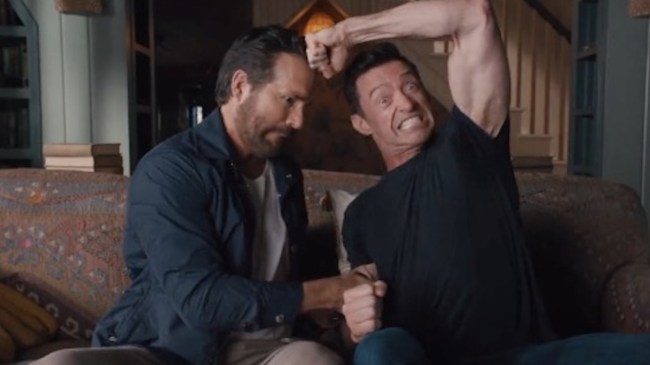 Ryan Reynold’s video announcing Hugh Jackman’s return as Wolverine in Deadpool 3 has racked up over one million likes on Twitter, which likely puts it in the Top 50ish most-liked tweets of all time (all of the lists I can find online only go up to 30 and they’re all dominated by BTS tweets).

That sort of reaction to the news just goes to show how much fans truly adored Jackman’s portrayal of Logan, which he did from 2000’s X-Men through 2017’s Logan.

Naturally, though, because some people just like to complain, there was a section of the fandom who were up-in-arms about how Wolverine’s return in Deadpool 3 will lessen the emotional impact of his farewell in Logan (which is an extremely silly notion, but I digress).

Luckily for those stickler fans, Reynolds and Jackman also recorded a video explaining exactly how Wolverine’s return (and technical MCU debut) will work while also reassuring fans that it will not be touching the events of Logan.

Ryan Reynolds and Hugh Jackmam address fans concerns about the return of Wolverine in #Deadpool3 💀 pic.twitter.com/pT2TdCkSPn

Aside from Joker, Deadpool and its sequel are two of the top three highest-grossing films of all time, and now with Jackman in the fold for the third film, there’s no reason to believe Deadpool 3 won’t also crack a billion dollars at the box office.

Earlier this summer, we actually had the chance to speak to Deadpool 3 writers Paul Wernick and Rhett Reese, who told them their approach to the film is dropping an “insane’ Deadpool into the very “sane” MCU.

“Deadpool is a lunatic at the center of a movie. To drop a lunatic into a very sane world, it’s straight butter. It’s going to be really fun.”pic.twitter.com/iqQuCbicU2

At this time, Deadpool 3 is scheduled to hit theaters in the United States on September 9, 2024.

RELATED: Marvel Cinematic Universe Fans Are Flipping Out Over The News That Hugh Jackman Will Return As Wolverine In Deadpool 3