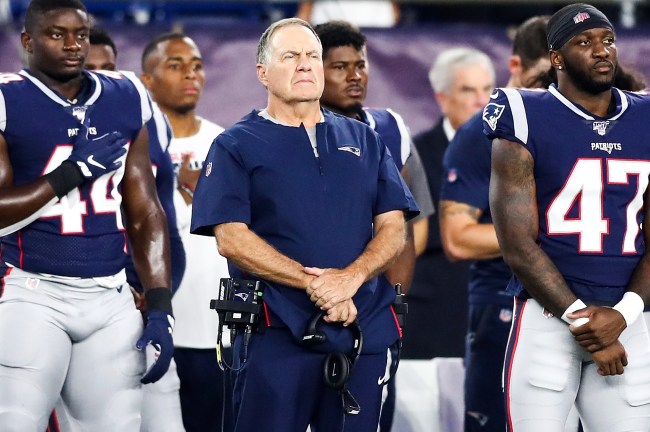 Antonio Brown has already found a new team less than 24 hours since getting released by the New England Patriots.

ESPN’s Adam Schefter is reporting that the New England Patriots have signed Brown to a 1-year $15 million that will give him $9 million guaranteed.

Breaking: Antonio Brown has agreed to terms with the Patriots, per @AdamSchefter. pic.twitter.com/WMcbDxcECb

Antonio Brown has agreed to terms with the Patriots, per source.

Antonio Brown and the Patriots reached agreement on a 1-year deal worth up $15 million that includes a $9 million signing bonus, per source.

Brown will not be able to play week 1 for the Patriots according to Ian Rapoport.

Of course the Internet had plenty of reactions to the Patriots scooping up Antonio Brown on the cheap.

AB to patriots. This whole thing was set up exactly as we predicted. Conspiracy theorists unite!!!! 😂 pic.twitter.com/ffkXKqUWZC