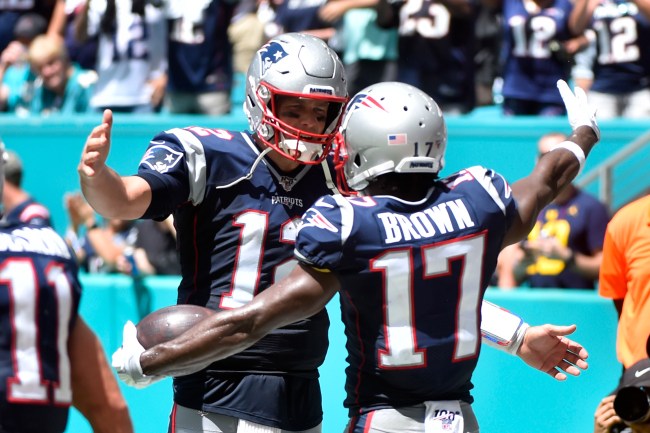 Immediately after the Pats playoff loss to the Titans the unemployed wide receiver took to Twitter to offer his services to Brady.

2020 Only Want To Play With @TomBrady Or No Play

2020 Only Want To Play With @TomBrady Or No Play

Everything got upgraded it got better wow through the storm sun still shine brighter ! Call God

It is worth noting that Brady really took a liking to Brown and was reportedly not happy when the Patriots cut him this season,

A bummed-out quarterback who had five practices and one game with an ultra-rare talent. He went all-in trying to make it work, got close to Brown and tried to understand and help him. He’s not happy Brown got flushed both because the football was going to be sublime and Brady thought Brown was reachable.

If Brady leaves the Patriots there might be a chance both players reunite but AB burned the bridge in New England when he went after Robert Kraft earlier this year.