Apple Is Tracking And Disabling Phones Stolen By Looters During Protests 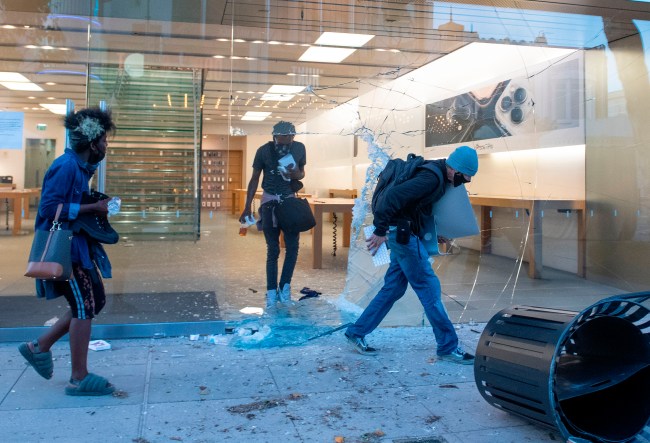 Apple isn’t messing around with looters.

For the past week, protests have popped up all across the country after 46-year-old black man George Floyd was killed in broad daylight by Minneapolis police officer Derek Chauvin. Unfortunately, some of those protests have devolved into chaos and several businesses have seen their stores get looted.

Over the weekend, several videos showed looters clearing out the Apple stores during protests.

Apple store in Portland being looted during protest pic.twitter.com/GqmGCOqRkt

They just hit the Apple Store in Philly😂😂😂😂😂😂😂😂 yooooo “get me a charger” pic.twitter.com/ddXbsVo9Za

Apparently, the looters won’t be able to use the phones because Apple has disabled them. A screenshot of a bricked phone on social media displays a message saying “Please return” “This device has been disabled and is being tracked. Local authorities will be alerted.”

APPLE DISABLED THE PHONES THAT WERE LOOTED pic.twitter.com/9xp1HhOAeR