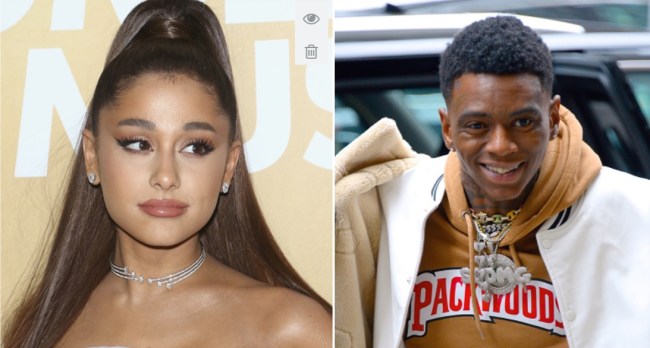 Soulja Boy is on the hottest streak of his career since the summer of 2007.

It appears that Soulja Boy was right and Drake did indeed steal his line.

Seems there is some truth to Soulja boys claim about drake stealing his line !! pic.twitter.com/cZStIQWAVf

do we think soulja boy is about to hit us with that “she copied my WHOLE FLOW”?? #7ringshttps://t.co/6DMhNTovglpic.twitter.com/jQa1RBUlK2

Why does this Ariana Grande song sound like pretty boy swag????? Lmaoooo I can’t escape Soulja this week

I didn’t want to fall into this discussion but that new Ariana jawn sounds mighty close to Soulja Boys Pretty Boy Swag. #trulyiconic

soulja boy is a fucking legend, even ariana grande stealing his swag lmaooooo

Lord, Ariana picked this moment in time to steal Soulja Boy’s flow from pretty boy swag. This exposing tour is never going to end at this point pic.twitter.com/MyDpaHuMqk