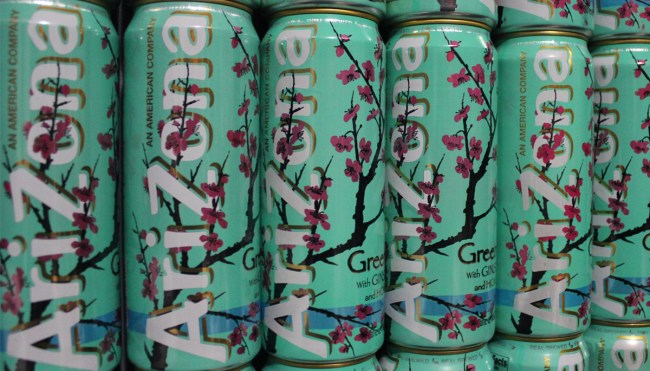 Benjamin Franklin famously said the only things that are certain in life are death and taxes, an adage that might be a fairly simplified summation of reality but one that highlights just how difficult it is to find any sort of constants we can rely on over the course of our time on the planet.

That’s especially true when it comes to reliable sources of comfort that come in the form of the guilty pleasures many people rely on to inject a little bit of joy into their day while also breaking up the monotony of day-to-day existence—like the foods and drinks most nutritionists tend to frown upon.

However, as someone who fondly remembers a world where McDonald’s had a “Dollar Menu” where everything actually cost $1, green Skittles tasted like lime, and Snapple still used glass bottles, there are far too many occasions where companies have made a change that reinforces Robert Frost’s assertion that nothing gold can stay.

Thankfully, there is one brand that’s managed to largely stand firm in the face of this constantly swirling sea of change: Arizona Iced Tea.

As the world continues to grapple with the inflation that has caused the price of products across the board to skyrocket over the past year, Arizona has been one of the rare companies that has managed to hold the line (and has created some Dank Memes to make sure the world knows about it).

Much like Costco has never changed the price of its beloved hot dog and a drink combo (thanks in no small part to the ultimatum issued by its former CEO), Arizona has managed to sell cans of its products for 99 cents since they first hit shelves 30 years ago (at least in the stores where the price is on the can, though).

How is that possible? Well, The Los Angeles Times recently chatted with Arizona Iced Tea co-founder Don Vultaggio about that very topic, and it turns out he hasn’t had to resort to death threats to keep prices consistently low.

The 6’8″ Brooklyn native acknowledged he’s making less money than he could by standing firm at 99 cents but said that he’s happy being the person to take the hit as opposed to the customers who’d bear the brunt of any price change:

“I’m committed to that 99-cent price—when things go against you, you tighten your belt. I don’t want to do what the bread guys and the gas guys and everybody else are doing. Consumers don’t need another price increase from a guy like me.”

Vultaggio elaborated on his comments in a discussion with Today where he implied brands are overly concerned with immediate gains (and losses), which can obscure the big picture:

“To me, the worst day as a salesman is to go to a retailer and say, ‘Hey, by the way, I’m raising the price on that can today.’ Our point is what you want to do is have a customer come in and get a fair value on a can of tea or juice and then buy other things in your store to offset those costs…

“Everything (people are) buying today there’s a price increase on. We’re trying to hold the ground and hold for a consumer who is pinched on all fronts.”

Of course, the fact that Vultaggio is worth an estimated $3 billion and doesn’t have to answer to anyone at a company he independently owns certainly plays a role in this decision, but that shouldn’t take away from his incredibly refreshing stance.