Armie Hammer’s Agency And Publicist Dropped Him, And That’s Never A Good Sign 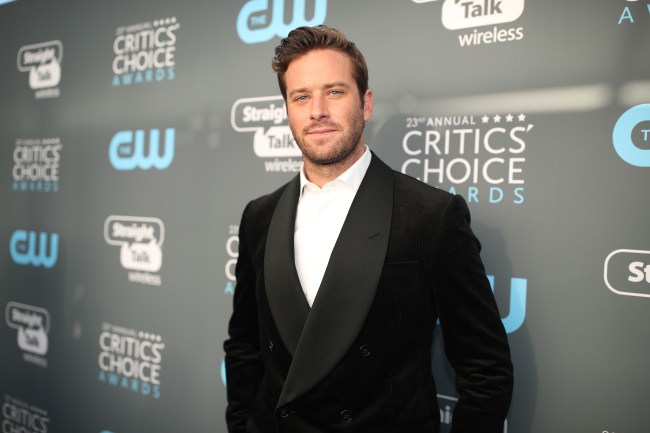 Armie Hammer’s freefall continues to… pick up speed? Just when you think the guy has reached terminal velocity, he hits another gear:

she worked as a publicist for Arnie Hammer AND Azaelia Banks, the canibalistic thing unraveled the same week azaelia decided to boil her dead cat 💀 💀

Exclusive: Armie Hammer has been dropped by his agency WMEhttps://t.co/5AnPmkuVPe

If we know anything from recent history, it’s that when reps drop their clients, it’s usually a bad, bad sign for the client. Especially when you’re a guy like Armie Hammer, whose IMDB page is long, impressive, and growing like a vine. Simply put, it hasn’t been hard to find this guy his next multi-million-dollar payday. He is a golden, golden goose.

At least, he was until that whole cannibal DM thing happened.

Obviously, the rumor mill is spinning like a hamster wheel, and it’s tough to know what’s real and what’s just excited conjecture from the pile-on crowd. But when William Morris Endeavor drops an A-list star, they typically know something that we don’t. They have the files, and they’re distancing themselves. Still waiting on this “really bad story” to come out, but get your popcorn ready.