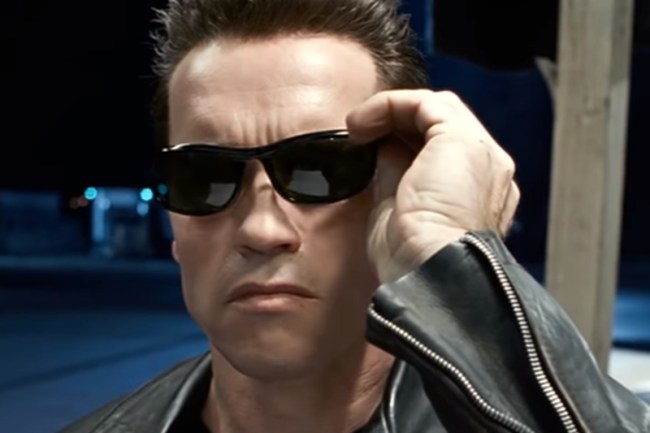 Arnold Schwarzenegger is 70-years-old, but he is not about to stop making movies. Arnold is going back to the past for three possible upcoming sequels. The legendary action movie star revealed that he is working on Terminator 6 and possibly a sequel to Twins.

Schwarzenegger gave an interview to The Arnold Fans and discussed three upcoming projects including a new Terminator movie. “We are starting to shoot Terminator 6 in June to the middle of October, so I am in that,” Schwarzenegger said. “I am looking forward to coming back as the T-800 model. It’s gonna be great with Tim Miller as the director and Jim Cameron is kind of supervising the whole thing.” Arnie is returning as the time-traveling assassin robot in T6 and Linda Hamilton returns as her iconic Sarah Connor character.

After shooting Terminator 6, Arnold will shoot Expendables 4. “I’m excited about Expendables 4,” he said. “Right now, we’re scheduled to start filming in August and hopefully we’re able to stay on schedule.” Schwarzenegger will also make a cameo in the feature film for cult classic Kung Fury. David Hasselhoff and Michael Fassbender are also onboard for Kung Fury: The Movie. Then Arnold might just be revamping another classic Schwarzenegger movie — Twins. “Then we are finishing off the script now on Triplets, which is sequel to Twins.” You can never have enough Danny DeVito. There are rumors that the third twin could potentially be played by Eddie Murphy.

Besides the script for Triplets, he may also get script for King Conan. “Then they are also writing King Conan,” the actor said. “Then we just made a deal to do a series of westerns on television, so we are looking forward to that.” The 70-year-old Schwarzenegger shows zero signs of slowing down.