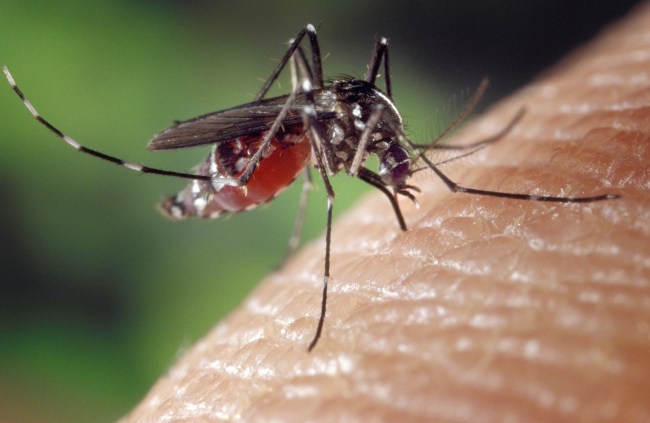 I was born and raised in Florida where mosquitoes are a part of everyday life all year long. They’re buzzing about in the Sunshine State 12 months of the year, from the most suffocatingly hot and swampy days in the Summer to the semi-chilly days in Winter. They’re everywhere here but that’s not the case throughout most of the nation, as you well know.

These flying bloodsuckers disappear from the frigid North as the temperatures shift from the late Fall through Spring and then they pop back up to suck blood again. There are over 3,000 mosquito species worldwide with an estimated 176 different species found in the United States of America.

Amongst those 176 mosquito species in the USA is the Aedes albopictus which is known as the Asian Tiger Mosquito. This is one of the disease-carrying species of mosquitoes that we all hear about the on the news.

It’s the one that’s capable of spreading horrific and potentially deadly diseases like the Zika Virus, Dengue Fever, the West Nile Virus, and this terrifying EEEV disease found in Florida that has no cure and 1-in-3 people affected dies. The Ae. aegypti is the WORST disease-carrying skeeter but its cousin the Aedes albopictus, the one we’re talking about here, can just as easily spread disease.

The Aedes albopictus/Asian Tiger Mosquito is a bonafide son of a bitch. According to Gizmodo, this mosquito invaded the USA in the mid-1980s and spread throughout Texas and into the Southeast and the Central United States. Now, a recent study from Wash U. in St. Louis has shown how these mosquitoes are able to move into Northern states throughout the USA and survive the harshest of winters using ‘time capsule’ eggs.

Her’es the report from Ed Cara at Gizmodo:

One strategy that has allowed the Asian tiger mosquito to survive in more temperate weather involves its eggs. When the mosquitoes “sense” rough conditions ahead, meaning the longer nights caused by winter, they lay more eggs capable of going into dormancy. Once the days are longer and conditions are again ripe for growth, these eggs wake from their slumber and hatch as normal. As a release from Washington University in St. Louis put it, the eggs are like mosquito time capsules.
…
…
In what might be the only good news, the eggs weren’t able to survive as far north as Wisconsin, no matter where they first came from. Northern and Southern mosquito eggs survived equally as well in warmer areas near the core of their current range in the U.S., as well as in a lab that simulated the typical winter in Asia where the species originated. But around three-quarters of Northern eggs were able to outlast the winter in Pennsylvania, the northernmost range where they live regularly—that’s nearly double the percentage of Southern eggs that survived.

What the findings suggest, according to the authors, is that Northern tiger mosquitoes have acclimated much better to their new homes than expected. And they’ve managed to accomplish this feat in an incredibly fast amount of time, evolutionarily speaking. (via) 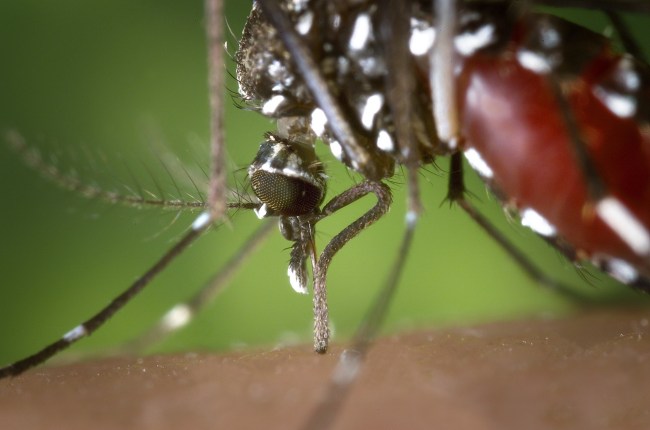 So, good news for Wisconsinites, shitty news for pretty much everyone else. If these mosquitoes capable of carrying and spreading potentially deadly diseases can survive the frigid winters of Pennsylvania they can surely do it in New York, New Jersey, and the rest of the Northeast.

The study found that this mosquito adaptation all took place within a span of 30 years, from the time they’ve entered the USA and began to proliferate.

I’m PRETTY FUCKING SPOOKED thinking about what could happen in the next 30 years. What will stop these mosquitoes from adapting to survive the winters in Alaska after climate change throws everything into complete disarray?

For the full rundown of this report you can click here to visit Gizmodo.