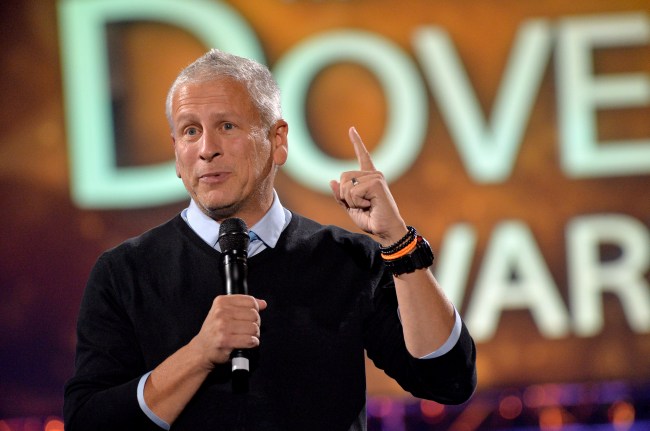 On June 14th Atlanta megachurch pastor Louie Giglio sat down with rapper Lecrae and Chick-fil-A CEO Dan Cathy to have “an open and honest conversation around how racism has plagued our city for generations, and the steps they can take to confront it head-on in our church, our neighborhoods, and our hearts.”

During the conversation, Giglio stated that instead of using the phrase “white privilege,” he wants people to start saying “white blessings” instead.

Pastor Louie Giglio, rapper Lecrae and Chick-fil-A CEO Dan Cathy "had an honest conversation about race and the Church" on June 14.

Here's an example of why words and their meanings matter.

And so a lot of people call this ‘white privilege’ and when you say those two words it’s like a fuse goes off for a lot of white people because they don’t want somebody telling them to check their privilege.”

“I know that you and I both have struggled in these days with ‘hey if the phrase is the trip up, let’s get over the phrase and let’s get down to the heart, let’s get down to what then do you want to call it,’ and I think maybe a great thing for me is to call it ‘white blessing’. That I’m living in the blessing of the curse that happened generationally that allowed me to grow up in Atlanta.”

Giglio would later go on to make his most controversial statement when he said white people “miss the blessing of slavery.”

I feel like on the inside of the church we’re fighting this historical context you [Lecrae] talk about. In other words, we love the blessing of the cross but we don’t love to sit in it and realize this is what gods asking me to do, to die to myself, and live for him, whatever context that’s going to look like for me.

“But I want to flip that upside down because I think the other side of it is true with our nation’s history. We understand the curse that was slavery, white people do, and we say ‘that was bad,’ but we miss the blessing of slavery that it actually built up the framework for the world that white people live in and lived in.”

Giglio’s comments did sit very well with many on Twitter who went on to blast the pastor.

In 2020, a white evangelical is letting us know that "slavery was a blessing." We will always need historians. Always.

“White privilege” is NOT “White Blessing!” Please don’t do that.

Slavery was indeed a demonic curse. And what came out of it is also A CURSE.

That logic means I can kidnap someone, force them to work for free, & call the profit MY BLESSING!

Let’s just be clear. Slavery of any people is never a blessing. And White Privilege doesn’t have God’s stamp of approval in any way, shape or form. God isn’t tribal and this is why we must celebrate the colorful spectrum of the human rainbow. #racismsucks

“White blessing” makes it sound like God blessed white people for being white. It implies white supremacy. What an absurd and offensive phrase.

Rapper Lecrae was also criticized for not responding to Giglio on the spot.

@lecrae you let a White man say some foolishness and didn’t check him because you want to lead with “grace” and “love”. You were wrong. Own that. Doing all you do for Black people should include standing up for them when it’s uncomfortable. You should have done that then.

@spulliam not seeking to refer to slavery as blessing-but that we are privileged because of the curse of slavery. In calling it a privilege/benefit/blessing— word choice wasn’t great. Trying to help us see society is built on the dehumanization of others. My apology, I failed.