20-Year-Old Has Been Attacked By A Shark, A Bear And A Rattlesnake In Less Than 4 Years 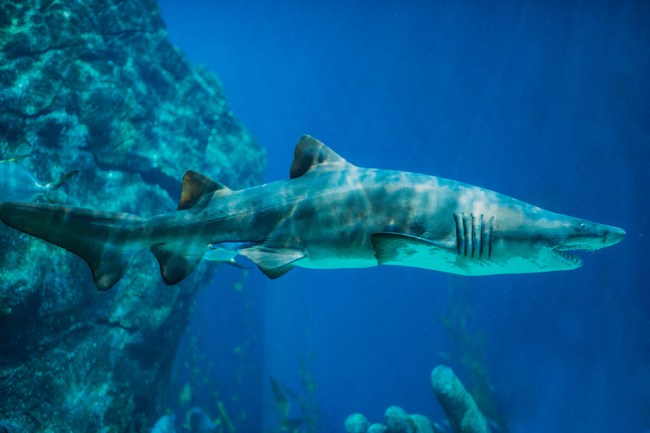 Dylan McWilliams is only 20-years-old, but he has a lifetime of being attacked by animals. In the span of less than four years, he was attacked by a shark, a bear, and a snake. Dylan might want to take up a nice indoor hobby such as scrapbooking and avoid going into the stomping grounds of creatures that can do him harm.

On Thursday, McWilliams was bodyboarding in Kauai, Hawaii, when he was bitten by a shark. A tiger shark believed to be as big as 8-feet chomped his leg. “I didn’t know if I lost half my leg or what,” Dylan said. “The scariest part was swimming back,” McWilliams said. He was able to swim 100-feet back to shore, but he left a trail of blood and was worried more sharks would come after him. Thankfully, he made it to the beach and the shark bite wasn’t too severe. Dylan was patched up with seven stitches. You can see photos of his gruesome injuries below but you should be warned that they are bloody.

Fortunately for McWilliams, he works as a survival training instructor, which comes in handy since he is always being attacked by animals. McWilliams, who is from Grand Junction, Colorado, was attacked by a 300-pound bear last July while he was camping in Colorado. “The bear grabbed the back of my head and started pulling me and I was fighting back as best as I could,” he told Hawaii News Now. “It dropped me and stomped on me a little bit, and I was able to get back to the group and they scared it away.” Dylan was able to get away after punching the bear and poking it in the eye, but McWilliams ended up needed nine stitches on his scalp after the bear took a swipe at him.

Then three and a half years ago, Dylan was bitten by a rattlesnake during a Utah hiking trip. The bite was not severe and he only took a small amount of venom, but he was ill for several days. “My parents are grateful I’m still alive,” McWilliams said. “I’m either really lucky or really unlucky.” Friends of Dylan, you might not want to participate in outdoorsy activities with Dylan, you should probably just chill and play video games safely indoors.