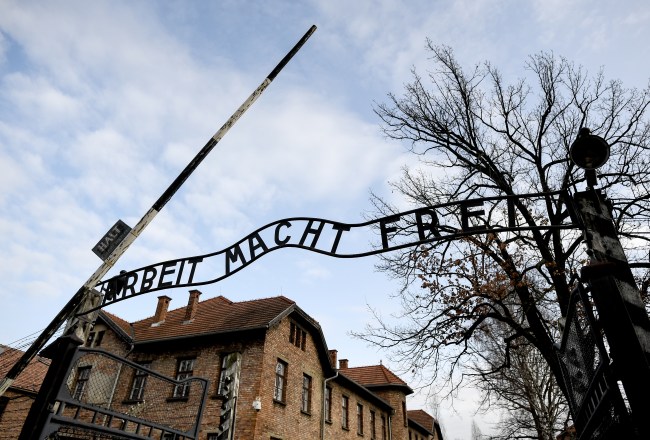 Sadly, this isn’t just two misguided females cosplaying one the most deadly genocide in history, it has become a TikTok trend particularly with young people.

the outfit choice was not over looked either 🤬🤬 @tiktokcreators pic.twitter.com/jHz5Bz2hlj

Those associated with the Auschwitz Memorial—a museum on the site of the Auschwitz concentration camp in Oświęcim, Poland commemorating the 1.1 million people who died there—have since responded to the trend, calling the videos “hurtful and offensive” in a statement to its one million Twitter followers.

The 'victims' trend on TikTok can be hurtful & offensive. Some videos are dangerously close or already beyond the border of trivialization of history.

But we should discuss this not to shame & attack young people whose motivation seem very diverse. It's an educational challenge. pic.twitter.com/CB4Ve2uRUK

What’s more upsetting than some tone-deaf videos is what they could indicate.

In 2018, CNN polling revealed that the memory of the Holocaust is starting to fade in Europe, with a third of those polled saying they knew just a little or nothing at all about the Holocaust.

Don’t get mad, folks. Get educated.

if you thought holocaust tiktok was bad you might also hate 9/11 tiktok pic.twitter.com/Z9LKJVFxva

Ok, you can get a little mad.