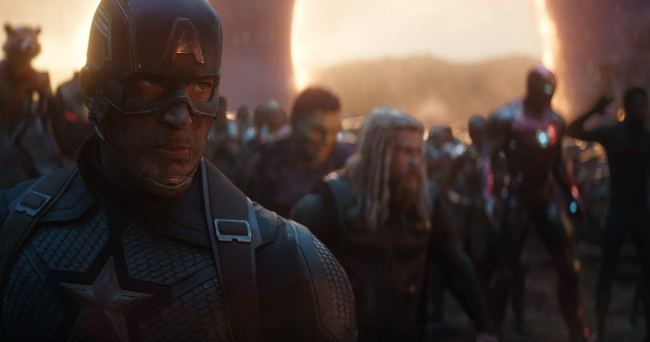 Last Friday, after a looooongggg year-and-a-half wait, the Marvel Cinematic Universe finally made its triumphant return to our lives with the premiere of WandaVision.

Now, whether or not the series is what you’d hoped it be is another conversation for another day. Regardless, the fact remains that WandaVision is setting itself up to be a vital entry into the MCU. Not only has it been confirmed that the events of WandaVision will tie directly into Spider-Man 3 and Doctor Strange In the Multiverse of Madness, but the reported budget for the project, around $25 million per episode, is larger than that of The Falcon and the Winter Soldier (reportedly cost around $150 million to make in total) and blockbuster films like Top Gun: Maverick ($152 million).

RELATED: So, What’s Going On With The Beekeeper In ‘WandaVision’?

In fact, Disney almost made their intentions for WandaVision clear after Avengers: Endgame (you know, the biggest movie of all time), as Paul Bettany recently revealed the film almost included a post-cred scene teasing the series.

“At one point there was going to be a tag, where [Scarlet Witch] opened a sort of body bag drawer and there was the Vision,” Bettany explained. “[Marvel Studios boss] Kevin [Feige] kind of talked to me and said, ‘I’ve got to pull the shots.’ And I was like, ‘Ugh!’ Because I really wanted that profit participation!” Bettany told IGN.

Vision, obviously, didn’t appear in Endgame, as he was last seen in Infinity War getting his forehead ripped out by Thanos, hence why his very existence in the world of WandaVision is so bizarre. Gonna be a real tough day in Westview when Wanda realizes that he’s not actually there.