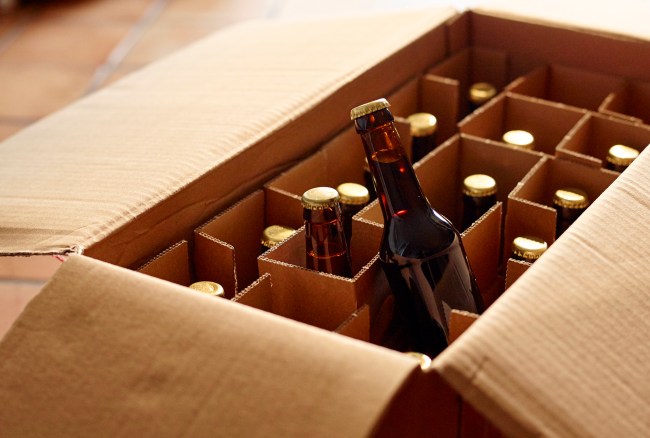 The beer industry has undergone one hell of a transformation over the past decade or so thanks in no small part to the rise of craft brews, which are no longer exclusively reserved for the pudgy, beard-having, beanie-wearing dudes they were associated with for so long.

Back when I first obtained a piece of plastic capable of convincing the people who needed to be convinced I was old enough to legally purchase alcohol, there were maybe a couple of shelves at most dedicated to craft beers at the liquor store I frequented.

With that said, I could have cared less about those six-packs because the only thing that really factored into by beer-buying decisions at the time was whatever 30 was selling for the lowest price on any given day.

Over time, my tastes have matured and my bank account now has more than two figures so I’ve been able to expand my horizons a bit. As a result, I now find myself routinely dropping too much on four-packs of triple IPAs at an uber-hyped brewery near my apartment in Brooklyn because self-control has never been my strong suit.

However, that doesn’t mean my fridge isn’t also stocked with some “everyday” beers that I turn to when I’m not in the mood to suck down something that clocks in at 11% and costs $5 a can.

Simply Thrifty Living took a look at those run-of-the-mill beers—namely Bud Light and Miller Lite—to try to figure out which states charge the most (and least) for a case of 24 before mapping out the results. 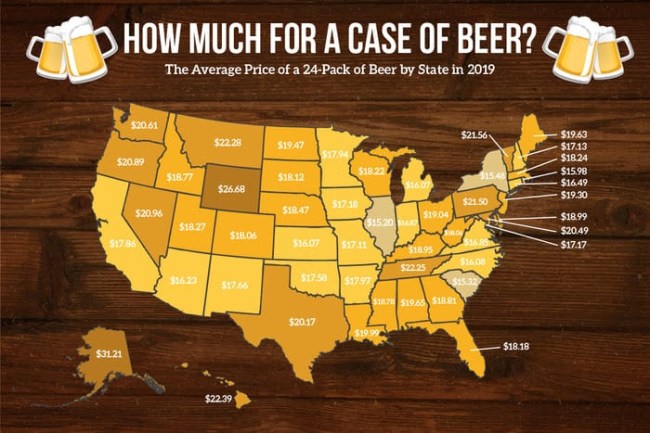 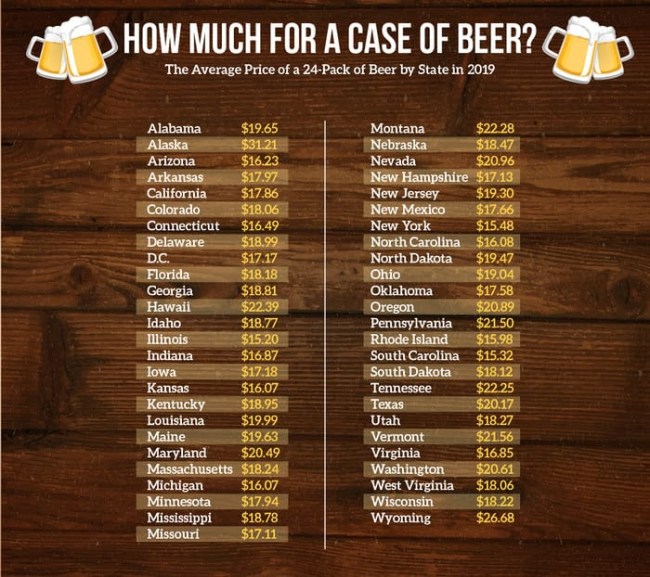 These are the cheapest states if you’re looking for a bargain:

However, if you’re hoping to get ripped off, here are the places you might want to call home:

My heart goes out to everyone in Alaska.