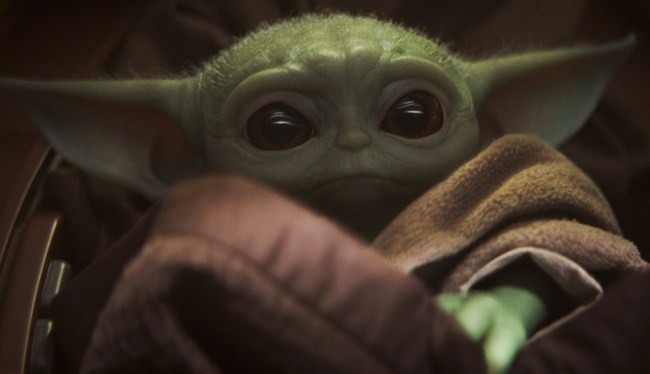 I hate to break the bad news to Disney and the good folks behind The Mandalorian, but, uh, have they seen Baby Yoda recently? The thing is so damn cute it instantaneously became synonymous with the adjective itself. Baby Yoda broke through the pop-cultural zeitgeist to such an extent that people who didn’t even watch the show knew about the character thanks to memes and tweets. The official New Jersey Twitter account uses the character as their profile picture. I have a hard time imaging how the character could be any cuter, and yet, showrunner and Disney-directing All-Star (Iron Man, The Jungle Book, The Lion King, and now The Mandalorian) recently revealed that Baby Yoda was originally cuter than the version we ultimately got.

“We wanted to make sure the Child wasn’t just going to be a comic relief,” Favreau told Vanity Fair. “What George had established with Star Wars was that no matter how fantastical these characters are, how weird they looked, the characters within the world always treated them as normal citizens of the world.”

“All the drawings originally were very cute,” Favreau recalled. “Even with the merchandising, they were always trying to soften the rough edges on him. We really tried to look at how much we could ugly up all the different individual features.” Favreau and Filoni insisted the Child have “weird little hairs growing out of him.” They rejected designs that attempted to pink up his little cheeks, or make his teeth cuter. They opted, instead to make the teeth jagged and sharp—all the better to suck down a living frog.

“It’s like a stray dog or having a little baby alligator or something,” Favreau said.

Luckily for fans of The Mandalorian, production on season two wrapped just prior to the beginning of our current global situation, so the second season still remains on track to premiere in October.