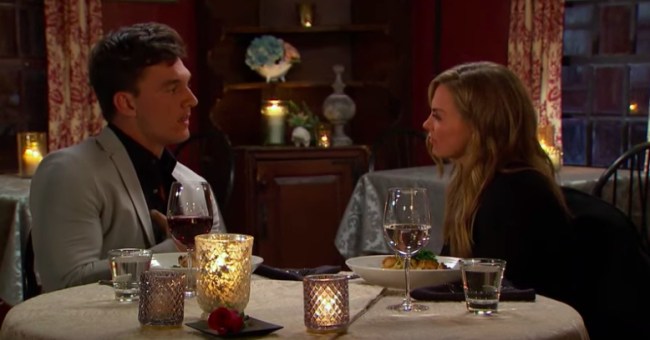 Tyler Cameron said all the right things to make Hannah B. swoon and cause my girlfriend to slowly lick her lips in last night’s episode of The Bachelorette–“I’ve never felt this way before.” “I want the real Hannah, not the best Hannah.” “I’m in this for the right reasons.” “Six weeks is a totally reasonable amount of time to fall in love with someone, especially when they’re dating 15 other guys.” Ya know, standard issued Bachelorette jargon.

Tyler C. had the luxury of his one-on-one date airing on the same episode that Luke P. revealed himself as a psychopath who would kill a man to capture one of Hannah’s farts in a mason jar. When you’re juxtaposed with Ted Bundy, you’re going to look like a patron saint worth marrying on the spot…

Tyler C. is that guy in your English class who stays absolutely silent and you assume he’s just another dumb jock who didn’t do the reading but then the teacher calls on him to share his original sonnet and he and the teacher both cry during it #TheBachelorette

One of Tyler’s most memorable moments with Hannah was comparing meeting her to running out of the tunnel before a football game. Cameron played quarterback for Wake Forest his freshman year before transferring to Florida Atlantic University after his sophomore year, where he transitioned to tight end. The 26-year-old reportedly signed with the Baltimore Ravens as an undrafted free agent in 2017, but his career was derailed by a shoulder injury.

In any event, Tyler’s popularity on the show does not mean shit to interneters, who only relish in the fall.

In a resurfaced clip from 2013 during Cameron’s freshman year at Wake, he entered the game as a backup QB down 35-0 to eventual national champion Florida State. Cameron had a dismal performance, throwing three interceptions in his first four passes in a 59-3 loss. It’s YIKES-worthy.

I have been informed that this content is relevant to fans of The Bachelorette. pic.twitter.com/h1Q81IHvvA

Little known fact: Cameron was honored as Florida Atlantic’s Student-Athlete of the Year at the 2016 season-ending banquet. Check out his vast knowledge on the phenomenon that is pregnancy.

TYLER C. IS SO ATTRACTIVE AND HAS THE BEST ATTITUDE AND IS JUST SO CUTE🤩🤩 #TheBachlorette pic.twitter.com/Vvm9n7o81g

Wise beyond his years.