This ‘Back to the Future’ Deepfake With Robert Downey Jr. And Tom Holland Is Utterly Brilliant 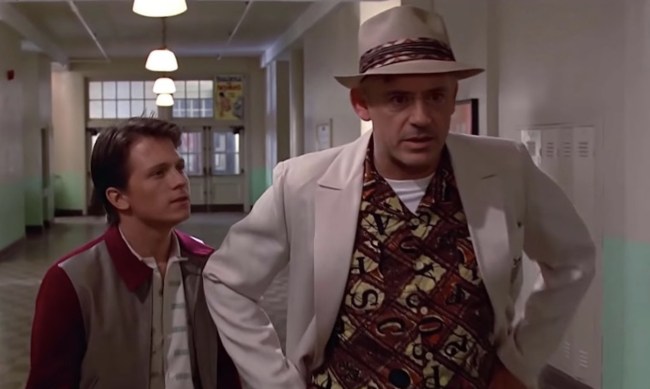 There are some movies that simply should not be remade.

Take The Godfather, for example — could you imagine if, like, Michael Mann (director of Heat) came out and said he was reimagining the classic mafia tale for the modern-day audience. People would lose their fucking minds and Mann is an extremely well-respected director.

The same can be said for films like Jaws, Scarface, Pulp Fiction, E.T., Apocalypse Now, etc, etc, etc. You get the picture — there are some movies that are simply beyond reproach. And Back to the Future certainly falls under the category.

Now, that said, if Hollywood did ever decide to reboot Back to the Future — which I can essentially guarantee will happen one day — then they will severely struggle to find a better duo than the pair in this excellent deepfake: Tom Holland and Robert Downey Jr.

Putting aside the shocking similarities between Holland and Michael J. Fox for a second, the idea of RDJ as Doc Emmett Brown is simply an astounding one — the absolutely perfect combination of character and actor, in my opinion.

Obviously, the pair already share something of a paternal/familial on-screen relationship due to their portrayals of Spider-Man and Iron Man in the Marvel Cinematic Universe.

As for an eventual Back to the Future reboot, given Hollywood’s penchant for remakes and whatnot, it’s really only a matter of time until Universal Studios — the studio that owns the rights to the franchise — decides to head back in time with Doc Brown and Marty McFly once more.