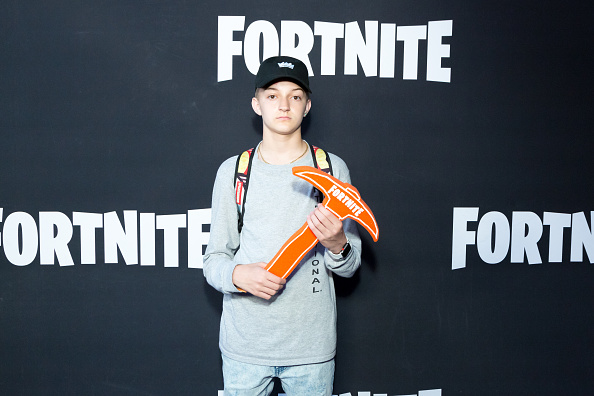 Earlier this week it was reported that several entertainers were suing Epic games for ripping off their dance moves and selling them in the popular video game ‘Fortnite’.

Russell Horning, also known as Backpack Kid, is the latest celebrity to sue Epic games over claims that the company used his dance in Fortnite without permission, according to Horning’s legal representatives.

The dance Horning is claiming ownership over, “Flossing,” was what first helped him gain notoriety online. After posting videos of himself doing the dance on Instagram, Horning quickly became a viral sensation getting invited to various events and performances for his signature dance. The Fortnite dance emote that provoked the legal action is called “The Floss,” and is instantly recognizable as the dance that Horning made famous.

Horning joins actor Alfonso Ribeiro and rapper 2 Milly — all represented by the same law firm — as the third celebrity to file a complaint against Epic Games in the last month.

Two of the entertainers suing Epic Games, the Backpack Kid and Alfonso Ribeiro, are being accused by Internet detectives of stealing their dance moves from others.

Here is a video that resurfaced online of Ribeiro admitting to stealing the Carlton dance from Courtney Cox and Eddie Murphy.

8/21/15: Alfonso Ribeiro reveals the origin of the Carlton Dance in an interview with Independent UK

"The dance is ultimately Courteney Cox in the Springsteen video ‘Dancing in the Dark;’ that’s the basis." @BarstoolBigCat @PardonMyTake @PFTCommenter pic.twitter.com/MGRQXTpG7J

As for the Backpack Kid he’s being accused of stealing his dance from a random 2011 Youtube video titled “Mashed Potato Man”.

Here’s is the Backpack Kid’s dance for comparison’s sake.

I’m not a lawyer but it seems like Backpack Kid and Alfonso Ribeiro are going to have a tough time in court if they decide to go forward with their lawsuits.