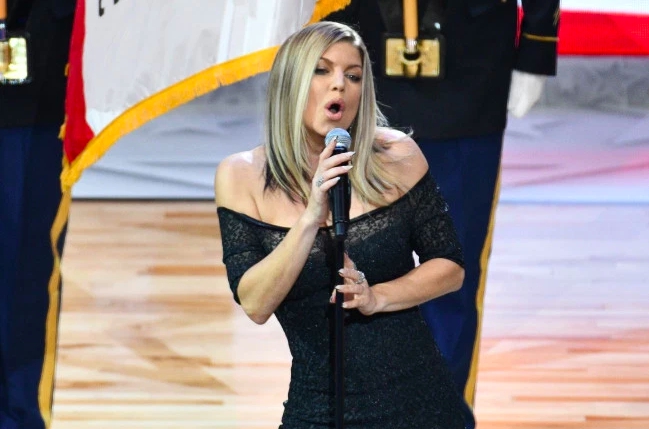 Back in February at the NBA All-Star game, Fergie delivered a ghastly rendition of the national anthem that was no less disrespectful to this great country than if she wiped her butt with the flag and then hanged a bald eagle with it. Fergie’s jazz-infused version of America’s song was so cringeworthy that Draymond Green and other NBA stars began laughing.

The backlash was bad enough that Fergie released a statement apologizing: “I’m a risk taker artistically, but clearly this rendition didn’t strike the intended tone. I love this country and honestly tried my best.”

On July 4, the folks behind Bad Lip Reading used their magic to remix the singer’s rendition and morphed it into a song about breaking bread.