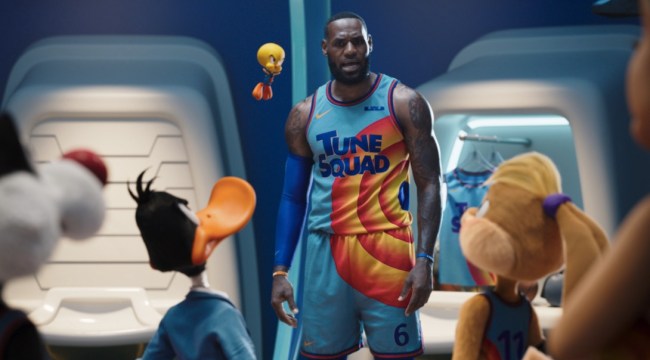 Woof. I mean… who could’ve seen this one coming, huh?! Certainly not literally every single human being that doesn’t work at Warner Bros. — that’s who. Space Jam: A New Legacy was dead-on-arrival and everyone, except those who actually decided to make the movie, knew it from the moment it started to really come together back in 2018. Now, here we are three years later and the reviews/reactions to the “film” have hit the internet, and folks, they ain’t pretty.

I put “film” in quotations because the consensus amongst critics seems to be that Space Jam: A New Legacy is nothing more than a corporate-driven soulless cash grab that contains more shoehorned-in Warner Bros. intellectual property than it does actual plot points.

predicting that Space Jam: A New Legacy will be a critical, commercial, and cultural flop and the exec response will be "no one's touching the Looney Tunes for another 20 years" instead of "stuffing shit full of WB IP surprises fucking sucks"

Not since THE EMOJI MOVIE have I felt the special brand of stabbing existential despair now provoked once again by SPACE JAM 2. My review of a brazen display of corporate onanism: https://t.co/LCOURCgeAB

Space Jam: A New Legacy feels like an ongoing corporate commercial/promotion for Warner Brothers. Rather than reach for the authenticity of the original, like most sequels, this movie is built on forgettable themes and overblown plot-lines. pic.twitter.com/c4x4onIzZi

As things currently stand, Space Jam: A New Legacy holds a 39% critics score on Rotten Tomatoes, with many having a particular issue with just how blatant the attempt to jam-pack the film with other I.P. is.

The Hollywood Reporter: “To whom this is meant to appeal is anyone’s guess, except presumably the studio’s marketing department.”

The Atlantic: “Space Jam: A New Legacy feels like a preview of a more terrifying, siloed future, one in which having an encyclopedic media library is more important than enjoying the work right in front of you.”

Hell, even the soundtrack is taking shots:

To be fair to LeBron, it’s not as though the original Space Jam was far from being a critical darling (44% critic score on Rotten Tomatoes), but at least that movie was about entertaining kids and not a mere $150 million marketing tool.

When and where you can watch Space Jam: A New Legacy