Barack Obama Admits To Having A Fintsa, Sending People On A Mad Search For His Secret Instagram Account 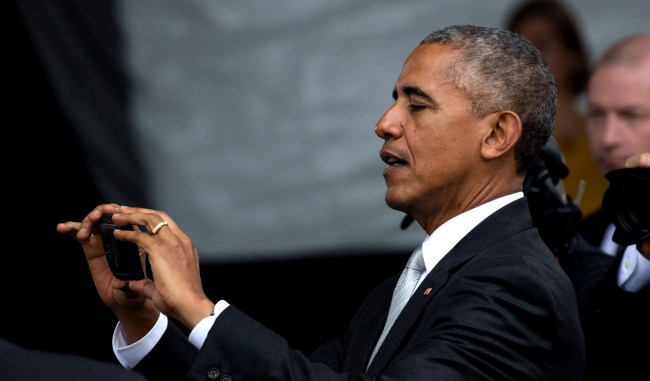 During a Twitter video this week urging people to get out and vote in the upcoming presidential election, former President Barack Obama shared a lot of good messages.

Unfortunately, some of his messages may have gotten lost on viewers because as soon as he admitted to having a finsta (a secret Instagram account to those unfamiliar with the term) many of his Twitter followers went on a hunt to figure out exactly what it is.

“Over the past few months, I’ve learned a thing or two from young people about how to quarantine successfully,” Obama began the video. “You’ve taught me how to make a mean sourdough starter. And it looks awful.

“You showed me the Renegade Challenge. Great name by the way,” he continued (his Secret Service codename is Renegade), “which I’ve been enjoying on my finsta.”

And that was all she wrote.

Over the last few months, I've learned a thing or two from the young people in our country. I figured I would return the favor by sharing with you how to make a plan to vote in this upcoming election.

Get registered and vote early: https://t.co/Q5BUeMaOB5

He really should have waited to save the finsta mention until the end because, well…

What I got from this is that President Obama has a finsta and I /MUST/ know what’s on it. https://t.co/TyyTb0obwM

if anyone knows barrack obama's finsta handle pls tell me,,, i want to see this man do the renegade

Absolutely did not have Barack Obama saying finsta on my 2020 bingo card but here we are pic.twitter.com/oSAwxTeirk

I’m going to pretend everyday that Barack Obama’s “finsta” is following me. https://t.co/A4pEHUfrqx

So, in case you missed it, his main message was, “There are a lot of people out there trying to confuse and mislead you about this election. They’re trying to make you cynical. They are trying to get you to believe your vote doesn’t matter. Do not let them do that. Our democracy is a precious thing and it’s up to all of us to protect it.”

The election takes place on November 3rd, so get out there and vote.