Genius Pours A TON Of Gasoline On Baseball Diamond, Sets In On Fire, Causes $50K+ In Damage 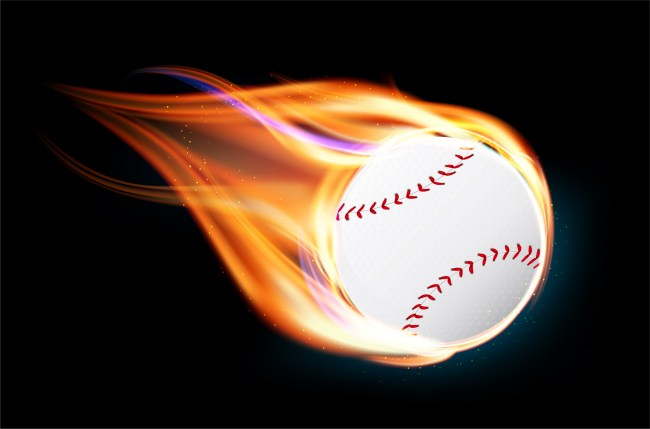 What’s a quick way to remove moisture from an area if you don’t have any concern about the repercussions? Set that area on fire. Fire dries anything out just about immediately, as long as it’s capable of burning.

Baseball diamonds are a mixture of clay/dirt and grass. When these fields get wet the dirt turns into mud and this creates dangerous playing conditions. Somewhere throughout history, some genius baseball coach had the idea to douse his wet and muddy baseball diamond in gasoline and set it on fire to dry it out. This managed to catch on with other coaches despite the fact that this NEVER ends well.

Case in point, this baseball diamond in Ridgefield, Connecticut that was burned down and left with an estimated $50,000+ in damage. It’s unclear who is responsible for the damage but a police investigation is underway. They know that an estimated 25 gallons of gasoline were dumped on the field and an estimated 75-100 people witnessed the mayhem with one witness recording this clip:

The Ridgefield Press has the story:

“The basepath — the dirt part of the field — was wet and it was evident that they’d have to relocate or cancel because of the conditions,” he said. “Someone had idea to put gas on the surface. Let it burn to dry up the water and make the field playable.

“Unfortunately, it was not a very good idea,” he added. “In theory it sounded plausible, I guess, to those who participated.”

One thing was clear to Marconi when he arrived Saturday afternoon: Nobody considered the environmental consequences.

“I’m not aware of who exactly it was who got the gas but what we do know is that someone did use some gas around third base and that seemed to work,” he said. “Others then went to get more gas and began spreading it from second over to the third … they lit up that little area and it dried it up. Everyone thought it was working. They thought they could take care of the whole field with gas. … One person said they had done it in the past.”

Marconi said that if anybody would have researched the practice of using gas to dry up wet soil that they would have found it doesn’t work.

“It’s been done before, and every situation that’s out there ends with negative consequences,” he said.

“Maybe it worked 50 to 60 years when there were no environmental regulations but nowadays it’s a definite no no.” (via)

I guess the biggest question here that needs to be answered is who is on the hook for the $50K in damage. With all of the witnesses on hand filming the burning field *SOMEONE* must know who started the fire and caused the damage. Is that person to blame? Were they following the instructions of someone else? Was it a large group of people? This is what the police are no seeking to discover.

In other baseball-related news, how in the hell do the Seattle Mariners have the best record in baseball? They’re putting up big numbers and look great but on paper they’re not all that much different than last year’s squad, are they?

And how ’bout those TAMPA BAY RAYS! They’re the frontrunner for the ‘most exciting team in baseball’ this season with their ‘opener’ role instead of having traditional starting pitchers and a roving carousel of hitters to keep everyone fresh. It’s nuts what they’re doing in St. Pete so far this season that’s led to three straight series wins to start the season, a first for the Rays franchise.