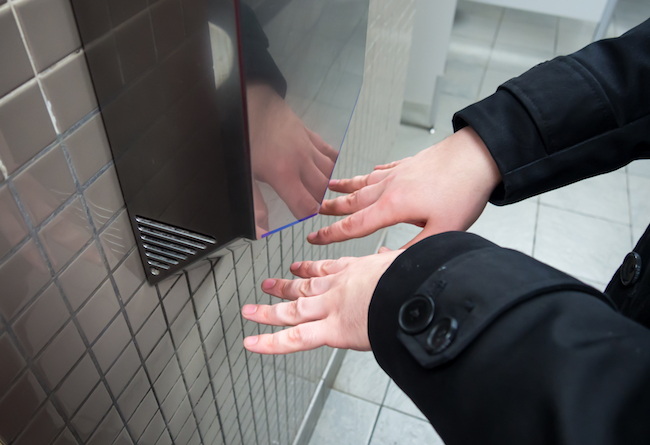 If nature calls while out in public, people have no choice but to use a community bathroom while other disgusting humans watch Netflix.

Most people wash their hands wrong, and a new study shows that might be bad news for complete strangers, especially if those slobs are using the air dryer. The dryer is doing nothing more than blowing all those germs around the room.

In a study recently published in Applied and Environmental Microbiology, health teams from the University of Connecticut and Quinnipiac University put bacteria culture plates under the hand dryers in 36 different men’s and women’s restrooms in their university health centers.

The warm air dryers aren’t effective, and neither is their cousin, the jet dryer. A study published in the Journal of Hospital Infection went a step further and purposely coated study subjects’ hands with lactobacilli to simulate a poorly washed hands. The participants then used a jet dryer (the kind where users slide their hands in), a warm air dryer and paper towels. A jet dryer shot 4.5X more bacteria into the air. Paper towels were the safest bet.

In case you’re not freaked out enough, check out this video from CBS 2 Chicago.

Since peeing and pooping in public is often unavoidable, follow the CDC suggestions for proper hand washing, use paper towels to clean your hands, bring along some hand sanitizer and for god’s sake don’t touch the door handle on the way out.