Beer Expert Does A Blind Taste Test And Tries To Guess Cheap vs. Expensive Beer While Explaining Each Type 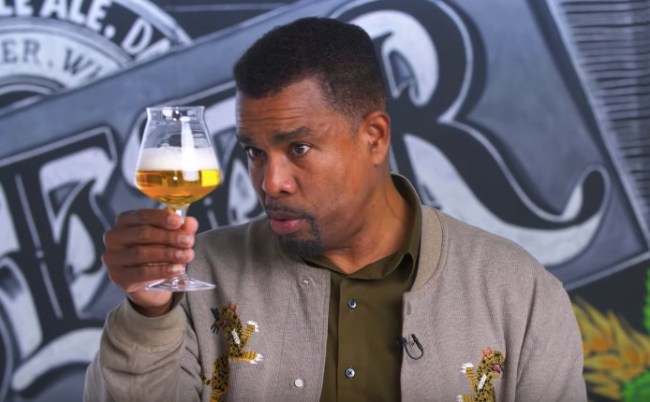 What’s up, beer lovers? Are you ready to watch a beer snob do a blind taste test of various types of beer while trying to guess which beers are cheap and which ones are expensive? Of course, you are.

Garrett Oliver is the Brewmaster of Brooklyn Brewery and a bonafide beer expert. Some say he’s THE beer expert industrywide. He got together with Epicurious for an episode of ‘Price Points’ where they bring on experts to do blind taste tests and have them try to guess which items are cheap and which ones are expensive.

Conventional wisdom would assume that these experts would always guess correctly. Cost is supposed to be indicative of quality, right? Wrong. At least, that’s not always the case. As we’ve seen in taste tests with wine, the Pricing Effect can often determine whether or not a person likes something more because a higher price tag tricks our minds into thinking that product is better.

In this video, Garrett Oliver tastes a pilsner, Belgian White, IPA, Munich Dark Lager, barrel-aged and fruit sour beers to try and determine which are cheap and which are expensive. While it’s great to watch him guess correctly I’m more fascinated by how he explains all of the qualities we should be looking for in each of these various types of beer.

It’s unfortunate that they didn’t tell us the brands he tasted. I get it. They probably don’t want to piss off any of their existing advertisers. That, or they want to lure in new sponsors. But I feel like this would’ve been more impactful if we knew the beers he tasted. Some of those like the Belgian White sounded divine.