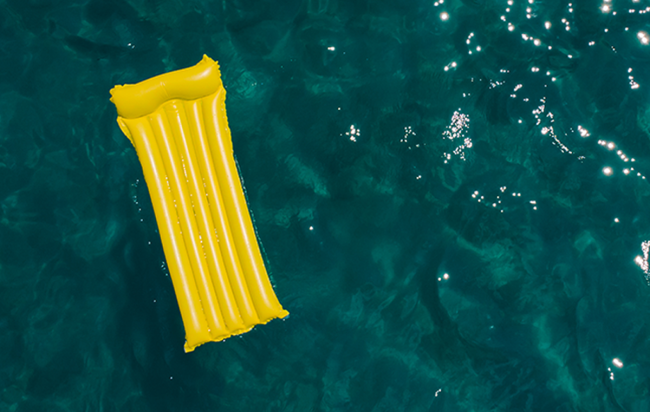 Over the course of my life, I’ve made plenty of decisions that have resulted in various authority figures asking me some variation of “What the hell were you thinking?” While honestly is supposedly the best policy, pulling a T-Pain and blaming it on the a-a-a-alcohol usually doesn’t go over too well, but I’ve found “It seemed like a good idea at the time” is an incredibly solid boilerplate excuse.

I can’t tell you what was going through the head of two guys who recently found themselves in a bit of a pickle after finding themselves stranded more than a mile off the coast of Western Australia, but I’m going to assume booze’s magical ability to convince you a terrible idea is actually a brilliant one played a role in their decision to fill a cooler with beers before throwing an inflatable mattress into the ocean and hopping aboard.

According to 7News, Jackson Perry and Noah Palmer were chilling at a beach house last Saturday when they decided to hit the high seas aboard a blow-up bed with some brews to keep them company. Perry said their initial plan was to “go out and drift around on the water for a moment,” but it began to unravel after they found themselves at the mercy of the wind aboard a vessel they had no ability to navigate.

The duo experienced their first moment of panic after realizing they were running out of beer before realizing that was probably the least of their problems, as they soon discovered the mattress that had carried them into the Indian Ocean was leaking air and the phones they were using to help a friend locate them were slowly dying.

Palmer eventually started diving into the water at regular intervals to do what he could to reinflate their less-than-seaworthy watercraft before their buddy staged a valiant rescue by hopping aboard a jet ski to help haul them back to dry land after spending three hours in the water with an assist from a volunteer rescue worker who brought them (and the mattress) to shore.

Rescued a two blokes floating on a mattress with a few beers a couple km’s off the coast of Singleton today. What are the odds?! Cheers to Mandurah VMR for being on standby. pic.twitter.com/QJiB0e7MYQ

The three guys spoke with the aforementioned outlet about the incident, and it’s safe to say they look exactly like the kinds of dudes who would find themselves in this sort of situation.

If you somehow needed proof that using an inflatable mattress as a boat is a bad idea, now you have some.