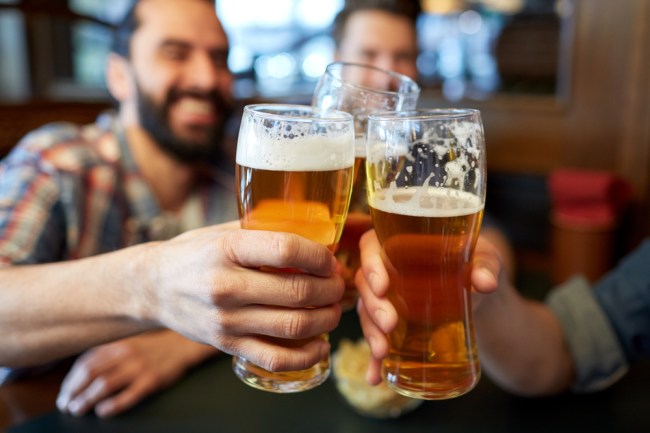 While there’s no scientific evidence to back my claim, I subscribe to the theory that different types of alcohol make you act a certain way. This might just be based on anecdotal evidence, but I find I’m more likely to want to fight my reflection in the mirror on the nights I drink tequila. Me and distilled agave just don’t get along.

However, it turns out there might be some truth to the previously mentioned urban legend. While there’s no evidence to support the claim that you’ll react differently to different kinds of liquor, a recent study has shown there’s actually one type of alcohol that is scientifically proven to put you in a better mood: beer.

A recently published study conducted at a university in Germany analyzed 13,000 different types of molecules and discovered that 17 of them seemed to stimulate the dopamine D2 receptor in the brain, which is responsible for generating feelings of happiness. One of those chemicals was hordenine, which is found in malted barley— one of the main ingredients in beer.

Those who conducted the theory were surprised by the discovery. Monika Pischetsrieder, who was one of the scientists to conduct the study, had this to say:

“It came as a bit of surprise that a substance in beer activates the dopamine D2 receptor, especially as we were not specifically looking at stimulant foodstuffs.”

The scientists behind the study are now researching whether or not there is enough hordenine in beer to have a substantial effect on a person’s feelings and behavior. I assume the new study will involve giving people a bunch of beer and seeing how long it takes for them to put their arm around a stranger’s shoulder and tell them they’re the man.