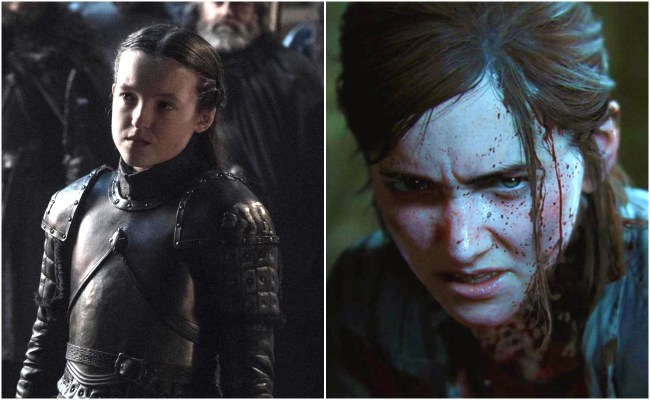 Bella Ramsey, the 17-year-old scene-stealing actress who rose to fame through her portrayal of Lyanna Mormont in HBO’s megahit Game of Thrones, has been cast in the lead role of Ellie in the TV giant’s upcoming adaptation of The Last of Us, according to The Hollywood Reporter. The Last of Us is widely considered to be one of the greatest video games of all-time and is particularly revered for its narrative and thematic elements.

Chernobyl creator Craig Mazin is penning the script alongside of Neil Druckmann, the writer and creative director of the iconic PlayStation franchise. Kantemir Balagov, the Russian filmmaker behind the acclaimed 2019 Cannes Film Festival entrant Beanpole, is slated to direct the pilot.

The story set 20 years after modern civilization has been destroyed and centers on the relationship between Joel, a smuggler in this new world, and Ellie, a teenager who may be key to a cure for a deadly pandemic. Joel, a hardened survivor, is hired to smuggle the 14-year-old girl out of an oppressive quarantine zone. What starts as a small job soon becomes a brutal, heartbreaking journey as they traverse the U.S. and depend on each other for survival.

Ramsey will play Ellie, a 14-year-old orphan who has never known anything but a ravaged planet who struggles to balance her instinct for anger and defiance with her need for connection and belonging… as well as the newfound reality that she may be the key to saving the world. [via THR]

Furthermore, according to THR‘s report, while two-time Academy Award-winning actor Mahershala Ali “circled” the role of Joel, a deal “never came to fruition”. At this time, the role part has yet to be cast.

While the two sides inability to strike a deal is certainly disappointing, the fact that someone of Ali’s caliber was so close to landing the male lead role in this series speaks to how seriously HBO is taking this adaptation of the beloved post-apocalyptic zombie franchise, which most recently released The Last of Us Part II last year.

The production start date has not been announced.