Wait, It Snowed In The Sahara Desert? That’s Not Normal, Right? 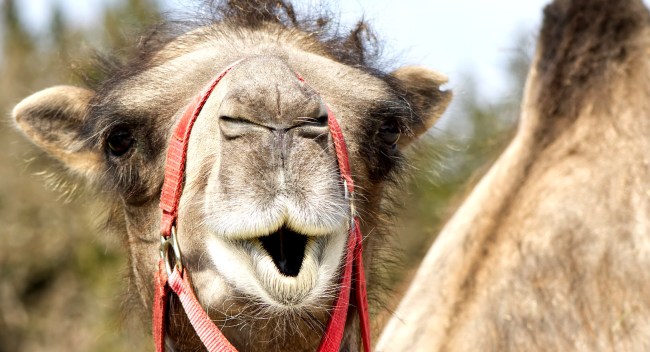 No. It’s not normal. For the first time in half a century, the temperature in the region around the Sahara Desert dropped below freezing, coating the area in snow and ice.

That’s right. While the words “snow” and “desert” are rarely used in the same sentence, last week the temperatures in the area got down to 28 degrees Farenheit which resulted in a sight rarely experienced by residents of the area.

And no snow falls on the sand until the Moroccan Sahara becomes more wonderful and beautiful pic.twitter.com/7aMrJbmXoh

Residents of Tabuk, 193 kilometres from the Red Sea, awoke to see the region’s dry desert coated in white snow, leaving many in awe.

Tabuk, one of the coldest regions in Saudi Arabia, typically dips to 4 degrees Celsius at this time of year but it is usually dry, according to AccuWeather senior meteorologist Eric Leister.

“A powerful storm tracked from southern Europe and the Mediterranean into the Middle East last week, pulling cold air into the region and resulting in the snowfall,” Mr. Leister said.

Videos and photos of camels making their way through the snow and ice immediately went viral in the region while locals and tourists flocked to areas where the snow was the deepest to enjoy the rare event.

“[It’s] not crazy for them to get snow, it’s just typically dry,” said Leister.

“This same storm system then tracked farther east caused deadly flooding and heavy snow with avalanches from Iran into Pakistan and Afghanistan.”